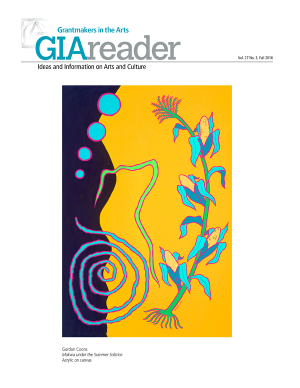 On the cover:
Gordon Coons’s heritage is Ojibwa from Lake Superior Chippewa Band of Wisconsin (from his father) and Ottawa from Michigan (from his mother). He is an enrolled member of the Lac Courte Oreilles Tribe of northern Wisconsin. Originally from Wisconsin, Gordon now lives in Minneapolis, Minnesota.

Coons writes of Makwa under the Summer Solstice, “The summer solstice (June 21st) is an important event connecting the earth with the celestial movement of the sun. This image represents elements of my native heritage. In the image you will find Makwa the bear (my clan), yellow background for the sun, spiral for continuation of time, corn for nourishment, the circles and the colored kernels representing the four direction, four seasons, and four races.”

Articles shown in gray are not yet available online, but are available in the print edition.

From the President & CEO

For Funders: Racial Equity Challenges and Solutions Are Local
by
Janet Brown