It Is Time for Portable Benefits for Gig Workers, Including Artists
Posted on January 14, 2022 by Eddie

Grantmakers in the Arts (GIA) believes that artists are workers, who deserve to be treated as such. GIA also believes that public policies and practices must be strengthened so that our nation treats workers, including independent contractors and gig workers, with the respect and dignity they deserve.

Between 10-30% of workers are independent contractors or gig workers — in other words, self-employed and contracted to perform work for or provide services to another entity as a nonemployee. Many artists fall into this category, including the teaching artists who steward our children’s education and imagination. These workers don’t qualify for employer-based benefits like health care and paid leave, and growth in this category has contributed to a long-term decline in the percentage of unemployed workers eligible for unemployment insurance. 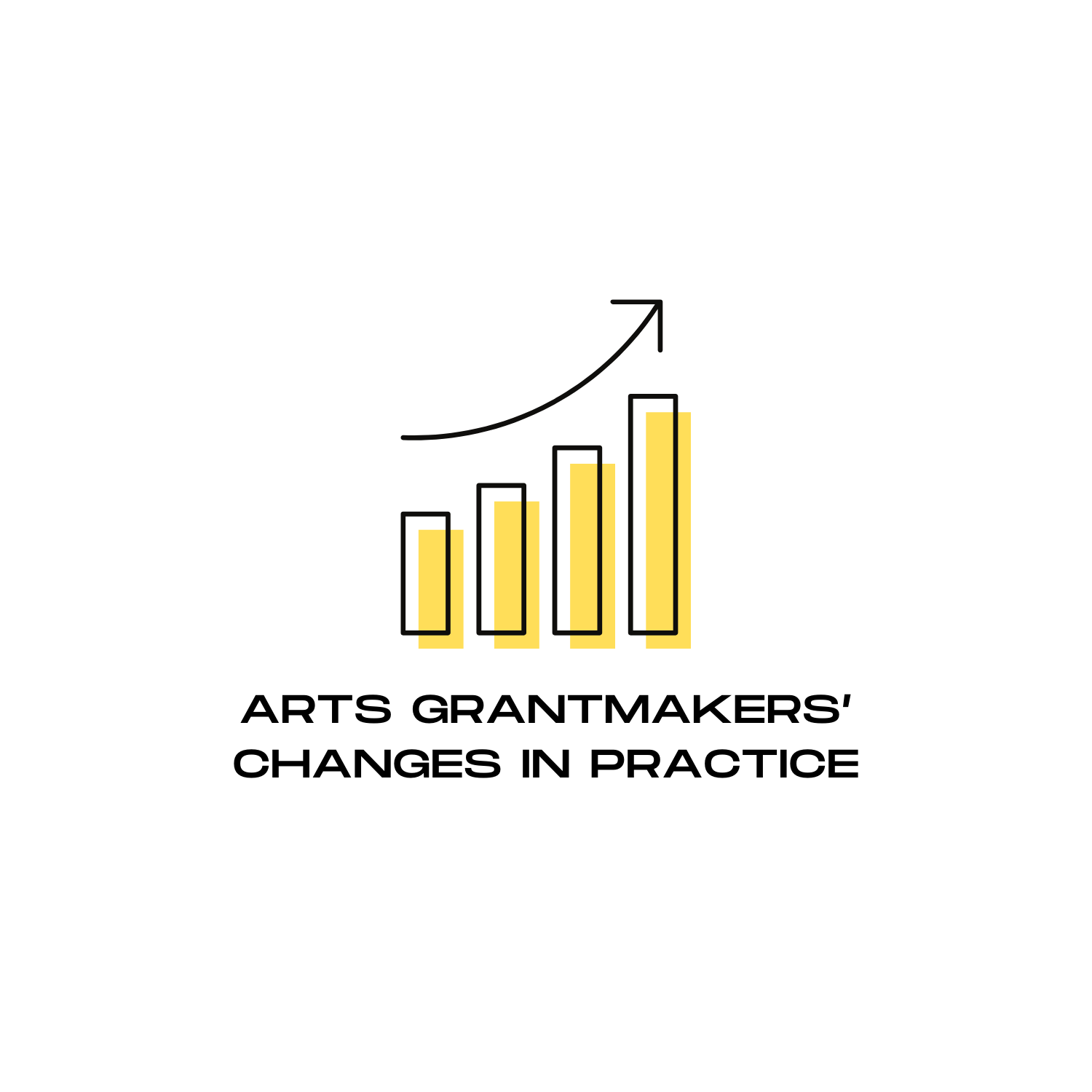 In late 2020, Grantmakers in the Arts shared findings from a survey of our members. The survey revealed that arts grantmakers were increasing their giving, flexibility, support for artists, and support for BIPOC organizations in response to the pandemic and movement for Black lives. This is the second part of the follow-up to that survey. Read the first part here.

As was the case with increased support and flexibility, GIA’s survey respondents have increased their support for individual artists and cultural workers beyond their earlier projections.

In late 2020, GIA shared findings from a survey of our members that revealed that arts grantmakers were increasing their giving, their flexibility, and support for BIPOC artists and organizations in response to the pandemic and movement for Black lives.

Being Pro-BIPOC is Being Pro-Humanity: Part Two
Posted on July 14, 2021 by Eddie

In dialogue with “Backlash: A Sharp Right Turn by a Philanthropy Member Organization,” an excellent piece from Phil Buchanan, president of Center for Effective Philanthropy, I offer this continuation of my more recent President’s Blog post.

Being Pro-BIPOC is Being Pro-Humanity
Posted on June 23, 2021 by Eddie

In his recent blog post, Backlash: A Sharp Right Turn by a Philanthropy Member Organization, Phil Buchanan, president of Center for Effective Philanthropy, calls out the current critique of pro-BIPOC philanthropy.

The Solidarity Economy and Culture
Posted on April 15, 2021 by Eddie

We at Grantmakers in the Arts are delighted to present Solidarity Not Charity: Arts & Culture Grantmaking in the Solidarity Economy – a report by Natalia Linares and Caroline Woolard, commissioned by GIA with support from the William and Flora Hewlett Foundation, Kenneth Rainin Foundation, and the Barr Foundation.

Advancing Art @ The Intersection of Social Change
Posted on February 12, 2021 by Eddie

Like so many of us, we’ve been focusing much of our efforts here at GIA on what our future might look like. In the face of injustices like the racialized impacts of the pandemic and murders of Black people by the state, we must continue to center our values in all our work, as we explore new ways to share our work.

An Opportunity - and Charge - for Arts Organizations to Reflect Deeply about Power
Posted on December 15, 2020 by Eddie

On behalf of GIA’s team and our membership, I am writing this blog post as a response to Quanice Floyd’s recently shared article, The Failure of Arts Organizations to Move Toward Racial Equity. First, to Quanice – Grantmakers in the Arts hears you. Your statement offered our community the opportunity and charge to reflect deeply, specifically about power.

Arts Grantmakers’ Changes in Practice: Present and future
Posted on November 5, 2020 by Eddie

In a recent series of blog posts entitled The Future We Want, I laid out findings from a number of recent studies of how the grantmaking community has responded to the events of 2020, including the pandemic and the movement for Black lives. Grantmakers in the Arts (GIA) has conducted a survey of recent and upcoming changes in arts grantmaking practices, receiving 142 responses, a response rate of over 50% of our members.

The Future We Want: Racial and disability justice
Posted on October 9, 2020 by Eddie

The world is in the midst of a historic moment with our changing our practices in order to function during the pandemic and embracing the movement for racial justice. This is a time of great opportunity, as long as we recognize and embrace it. At the start of April I shared a letter calling for us to build deep resilience in our field.