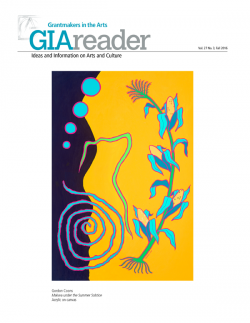 Spirit Car: Journey to a Dakota Past

Eleven years of retracing our family history had led me here to the March, but this long journey began with my mother, Lucille Dion Wilson. She was enrolled on the Rosebud reservation in South Dakota, where she grew up. Between the ages of ten and sixteen, she attended the Holy Rosary Mission School, a boarding school on the Pine Ridge reservation. After moving to Minneapolis, she eloped with Chuck Wilson, a tall Swede from central Minnesota, and raised five children in a white suburb. When I was growing up, she told me that she was done with “all that,” referring to her Indian heritage. “We were poor,” she said. “I’m glad to be out of it.” With a stubborn lift of her chin, she then refused to say more. Her reluctance to speak about her past, the silence that surrounded her years at boarding school, seemed impenetrable.

At that time, I had no idea why boarding schools existed, nor any sense of the history that surrounded the reservation system. Reading the word “assimilation” in my history book at school inspired the same yawn-inducing, this-is-dry-as-dirt reaction that I felt reading about history in general. Manifest Destiny, Lewis and Clark, the 1862 Dakota War meant nothing to me. Those events had all happened a long time ago to other people and had no relevance to my life.

My mother, on the other hand, was a mystery. All of us kids kept asking questions, trying to squeeze out whatever information we could get any time we were alone with her. Her life, her unimaginable life, dangled before us like a long thread reaching to the past, the single unraveled edge of something that was much larger than we could even begin to guess.

One afternoon, my mother told me about being left for two years at the boarding school until her family could afford to send for her. She would repeat the story to my sister and my brothers, one at a time, without blame or bitterness, as if to make a point, to teach a lesson. But she did not say, in the usual way she and her sisters like to end a story about a difficult time in their lives, “We made the best of it.” There was an undercurrent of emotion that she never acknowledged except in telling this one story. For years afterward, her words flashed their weak signal to me like a firefly in the bushes. I knew that one day I would need to learn what they hid.

In my thirties, I began retracing my family’s trail across South Dakota and Nebraska, where I gathered facts, anecdotes, and sepia-tinted photographs of relatives faded to a ghostlike image, and I second-guessed history when the information dried up. The struggle to understand the gap between my mother’s past and my life, and the leap she made from Pine Ridge to Golden Valley, led me to the 1862 war and the Lower Sioux reservation. What began as a simple question about my mother evolved into a search for understanding about culture and identity and family legacy.

At 5:00 AM I turned on the lamp and began to pack. The sun would not rise for at least another hour, and there was plenty of time before I would meet Dave in the lobby. On the deck lay the flyer that had come in the mail a month earlier, offering its scant details about the March. A line drawing from the June 1863 issue of Harper’s New Monthly Magazine showed men and women from New Ulm attacking Dakota captives riding through town in a wagon. A shower of sticks and rocks fell on the Dakota, while white women in long dresses stood poised to hurl more, their faces focused in rage upon their victims.

I had been surprised that so much attention would be given to an event that was little more than a footnote in history books. Most of the accounts focused on the six-week war that exploded in August 1862 on the Lower Sioux reservation from the frustrations of failed treaties. Hundreds of white settlers were killed and their farms were destroyed. When the war was over, much of the white population of Minnesota demanded that the Dakota people be forcibly removed from the state, regardless of which side they had supported during the war. The march was usually mentioned briefly as a four-mile train of about 1,700 Dakota, mostly women, children, and elders, who were forced to walk under military guard through towns filled with outraged settlers to a prison camp near the Mississippi River at Fort Snelling.

I had stumbled into this history two years earlier while searching for information about my great-great-grandmother, Rosalie Marpiya Mase, or Iron Cloud, a full-blood Dakota woman. After years of chasing my family’s story, the trail finally led me to Rosalie, who lived directly across the Minnesota River from the Agency on the Lower Sioux reservation, where the war began. No one in my family knew much about Rosalie or her involvement in the war. I had only recently learned that when the fighting started, she and her French-Canadian husband, Louis LaCroix, had taken refuge at Fort Ridgely with the white settlers. Rosalie and her seven mixed-blood children were among the few Dakota who were not forced to march to Fort Snelling, who remained behind in Minnesota after the war.

Rosalie was the reason I had come to be part of the March. Although she was spared the traumatic experience of the march, she was involved in the violent war that had preceded it. My theory—which is how I understood history, by analyzing it—was that Rosalie’s separation from her community was as harsh, in some ways, as that experienced by the people who were imprisoned at Fort Snelling. I was there because her survival had also come at a terrible cost.

What I did not know in those early morning hours was whether that tenuous connection to the March would be accepted by Dakota people whose families had lost everything, sometimes even their lives. I lay awake partly from the anxiety that comes from walking into a gathering of Indian people who are focused on remembering a violent and tragic part of the past. The Dakota War had inspired a deep hatred between whites and Indians, feelings that sometimes still lie just beneath the surface. My brother is dark like our mother, but I look like a middle-aged, middle class, green-eyed wasichu.

My comfort, then, came from those notebooks and history books still stacked on my table. They were my only defense, my protection against the forces that had drawn me here. I knew the facts about the 1862 war well enough to dream them at night. I also had a car out in the parking lot with a full tank of gas, ready for flight in case the event proved unwelcoming or, worse, disorganized and a waste of time.

I reached for the fanny pack that I would wear while I walked. From the zippered pouch on the back, I pulled out a photo of my mother that was taken before she started chemotherapy. Smoothing a crease in the corner, I studied her smiling face and thought about our conversation the day before. She was curious about our presence at the March.

“I don’t know why you kids are so interested in all that stuff,” she said. In the background, I could hear my dad muttering, Why don’t they schedule this thing in warmer weather? He couldn’t imagine why anyone would willingly walk 150 miles in cold November weather for something that had happened so long ago. At the same time, he wanted to help even if he didn’t understand. Do you kids (I was forty-seven, my brother forty-five) need any money? Don’t hesitate to call if you have trouble. May the good Lord (Lutheran) be with you.

I could not explain to my mother why I was here, except that I had to come. Years earlier, I thought that understanding why she was left at boarding school was all that I needed. Somewhere in the desolate plains of South Dakota I had realized that wasn’t enough; images had begun to fill my head, together with scraps of words.

I discovered a new truth: I was searching for the stories that had been lost from our family. In traditional Dakota culture, stories are handed down from one generation to the next. The loss of that oral tradition and the breakdown of communication between generations had set my family adrift, floating aimlessly without history and all its accumulated experience to guide us. As human beings we need our stories surrounding us. We need context, we need myths, we need family legends in order to see the invisible legacy that follows us, that tells us who we are.

Eleven years earlier I had begun my search with almost no knowledge of the past. I slowly gathered information that became grist for long-dormant stories that rebuilt a connection between the generations in my family. Each story carried me, unsuspecting, further back in time toward the 1862 Dakota War. This was the moment in history that reverberates through generations of family, an epochal event for Dakota people and the state of Minnesota, whose consequences continue to ripple through our lives.