In late 2020, GIA shared findings from a survey of our members that revealed that arts grantmakers were increasing their giving, their flexibility, and support for BIPOC artists and organizations in response to the pandemic and movement for Black lives.

A year later, we have conducted a follow-up survey to see if increased support, flexibility, and equity have continued. We are delighted to find that these changes in practice have continued, but we are deeply worried about some projections for the future. 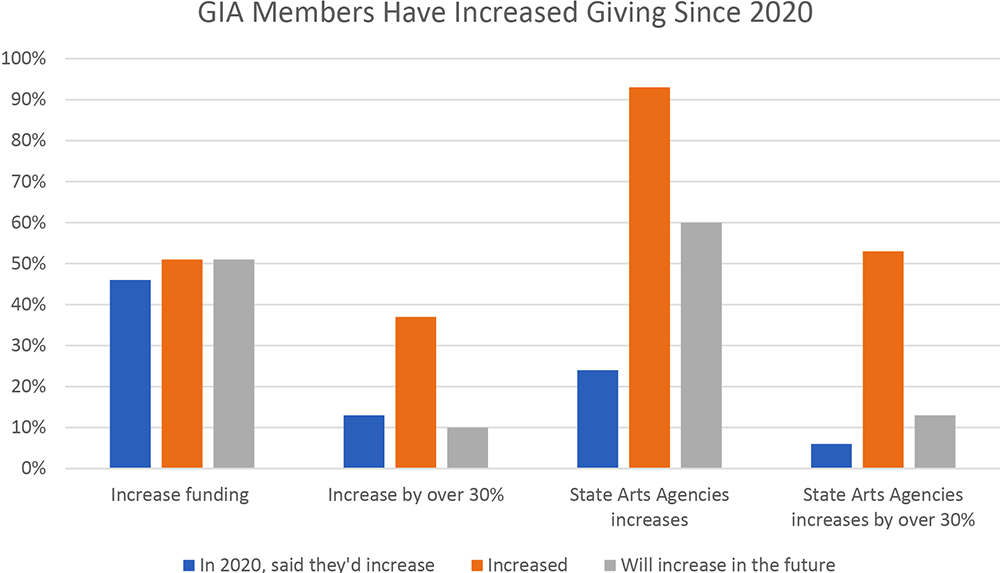 Federal emergency relief funds usually cause a temporary spike, rather than being indicative of a long-term pattern. GIA is excited by these increases but know that historic patterns of giving in response to crises tend to reflect a flurry of activity in the short-term that dwindles over time, squandering the opportunity to build resilience.

Pre-pandemic studies by Center for Disaster Philanthropy, found that very little funding given in response to disasters and emergencies goes to resilience and preparedness. Center for Disaster Philanthropy’s reporting on the philanthropic responses to the pandemic revealed that 2020’s response giving dwarfed all past disasters. But it’s too soon to know if the giving for recovery and preparedness will echo similar patterns as the past, dwindling over time and failing to support preparedness.

Whether it’s in our racial equity work or our capitalization work, GIA maintains that flexible funding is the key to supporting organizations to withstand crises. GIA’s survey respondents have overwhelmingly embraced flexibility.

GIA was concerned that, in 2020, only a third of survey participants projected making relaxation of reporting requirements standard going forward. But in 2021, more have done so than projected and more will do so in the future. 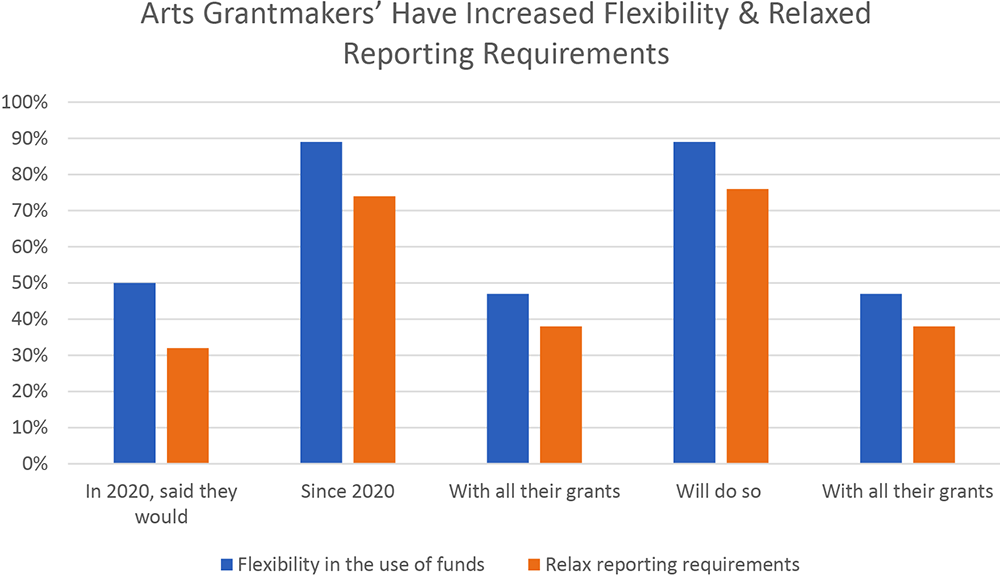 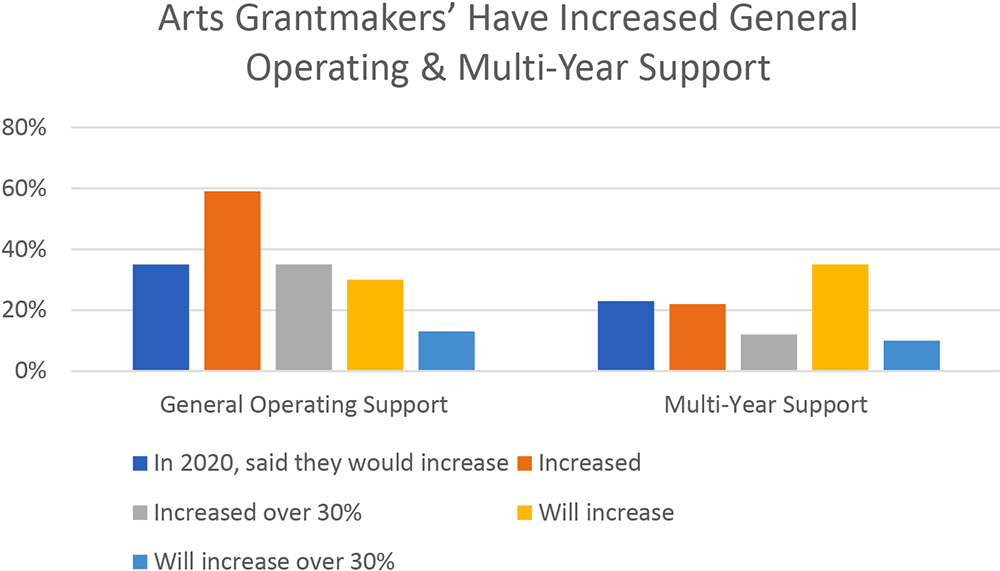 GIA celebrates our field’s response to this moment and encourages the field to continue to advance their work beyond what they prior had considered possible. Our resilience depends upon it.

In part two of this blog post, I will discuss our field’s support to individual artists and to equity.