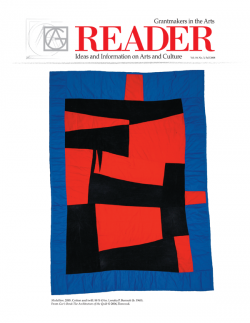 The Power of Organizing without Organizations

Clay Shirky's Here Comes Everybody presents some interesting challenges to how we make things happenhow we organize, participate, and especially define organizations, movements, and friends. The book enthusiastically celebrates a revolution in the availability of technological tools and argues that existing institutions (business, nonprofit, and government) are profoundly threatened. He does admit, however, that we're not “heading into some sort of post-hierarchical paradise.”

What he doesn't fully acknowledge is that entrepreneurs, leaders, and followers still provide the juice. Values, culture, race, and class still define how people act and if they fit in. Mob action is still mob action whether virtual or real, and many people are still left out of the latest technological revolution for the same reasons as before.

The book presents little new information but does contain analysis worth reflection. It's preceded by a spate of books on the rise of the amateur, proliferation of wiki and open source technologies, user-generated content, the architecture of (virtual) participation, the de-classification of everything, and many other topics that address how business and social structures are affected by Internet technologies and social media. We're still trying to make sense of MySpace, Facebook, Second Life, LinkedIn, and other social toolsincluding one he describes that combines interest-based networks, geo-positioning, and texting to alert people to the proximity of “friends.”

Shirky's contribution lies in his examination of how these new social tools remove obstacles to collective action, how they “lower transaction costs.” He states: “We are living in the middle of a remarkable increase in our ability to share, to cooperate with one another, and to take collective action, all outside the framework of traditional institutions and organizations.”

Virtual organizations, he asserts, will push many conventional institutions and enterprises into obsolescence. Further, lower organizing costs make forming groups easier, particularly for activities outside the mainstream. For instance, he claims more Wiccans use social media than Presbyterians do. Unhappy airline passengers who couldn't get their efforts off the ground a few years earlier, were able to send passenger-rights legislation flying through Congress once they had use of social media.

“The scope of work that can be done by non-institutional groups is a profound challenge to the status quo,” he writes. This may mean a momentary leveling of the playing field that allows some groups to gain traction fasteras long as they have the appropriate technology and skills. When the tide goes out again, though, and people in opposition or in power have mastered these tools, will things be forever different? This is the kind of question he doesn't pursue.

Much has been written about the Wikipedia phenomenon and Shirky too finds it fascinating. He may feel that his special insight here is that Wikipedia has essentially re-created a big bureaucracyalbeit mostly voluntary. However, he also points out that this happened only after it established itself as a nonprofit and contributors jumped on board.

Wikipedia aside, he focuses on people organizing in reaction or opposition to existing policy or forces: disgruntled passengers, victims of sexual abuse in the Catholic Church, political dissidents in Belarus, a “victim” in a lost cell phone case in New York, and other examples. (For stimulating thinking on how interactive web-based technologies can be used in group or collaborative production, I recommend Wikinomics by Don Tapscott and Anthony D. Williams.)

Useful lessons for the arts are clearest in his discussion of the news business and the wake-up call it received in 2005. He describes the London train bombing that year during which amateur photographers and bloggers were way ahead of established news organizations. Shirky goes on to tell how the news business, with each wave of lay-offs, continues to underestimate changes the Internet portends.

“For people with a professional outlook, it's hard to understand how something that isn't professionally produced could affect them Professionals see the world through a lens created by other members of their professions It's easier to understand that you face competition than obsolescence.”

Unlike newspapers, the nonprofit arts sector is somewhat sheltered from market forces. Could the following quote from Shirky regarding news organizations be modified thusly? “The change isn't a shift from one kind of news (read: arts) institution to another, but rather in the definition of news (read: art).” He contends that news gathering and dissemination is now a more complex ecosystem occupied by a mix of formal organizations, informal collectives, and individualsthe formal organizations diminished and more dependent on the informal. The costs of maintaining large professional staffs catering to general interest readers render news institutions uncompetitive in the face of nimble, omnipresent amateur networks more attuned to the interests of subgroups and thus more attractive to advertisers seeking target audiences.

The most important way virtual organizations are outdoing their institutional counterparts, he says, is in failure. Reduced transaction costs also reduce the cost of failure. More innovation and greater achievements are emerging from multitudinous failures. “Open source is a profound threat, not because the open source ecosystem is out-succeeding commercial efforts, but because it is out-failing them,” Shirky writes. Likewise, here, might we replace “commercial efforts” with “nonprofit arts?”

Mass amatuerization allows more than a hundred flowers to blossom. In fact Flickr, YouTube, and others add millions of images weekly. The new economics puts the old approach of “filter-then-publish” out of business in favor of “publish-then-filter,” Shirky argues. He describes, “a filtering problem vastly larger than we had with traditional media old solutions are simply broken.”

Shirky's book does not directly address or single out the arts or nonprofits. However, organizational structures, patterns of human behavior, economics, and other forces he deals with all have profound relevance. “People won't prefer professionally produced content in situations where community matters,” he writesa line not directed to but pretty provocative for the nonprofit arts.

When technology becomes “so pervasive as to be invisible [is when] really profound changes happen,” he writes, asserting that among youth it will soon be invisible. When youth become so accustomed to their own filters, will professional curators, editors, programmers, or producers have a role?

“Many institutions we rely on today will not survive this change without significant alteration,” he concludes. “Our social tools are not an improvement to modern society; they are a challenge to it.”

Shirky celebrates new forms of user-generated content writing, “users create and share media with one another, with no professionals anywhere in sight.” What he doesn't adequately address is the fact that people are still behind the curtain pulling the leversRupert Murdoch and NewsCorp the owner of MySpace, the Google empire, the armies of code writers, and the corporate deciders: the architects of the theaters we're now performing in. What is the nature of our evolving cultural ecosystem? Who is making artwork? Who is choosing it? And who is behind the curtain? Shirky calls for experimentation with new forms of organizationa call it may be wise to heed.

Tom Borrup, author of The Creative Community Builder's Handbook (Fieldstone, 2006),is a consultant, writer, and educator based in Minneapolis.