Confronting History: A re-enactment of the 1811 Louisiana slave uprising 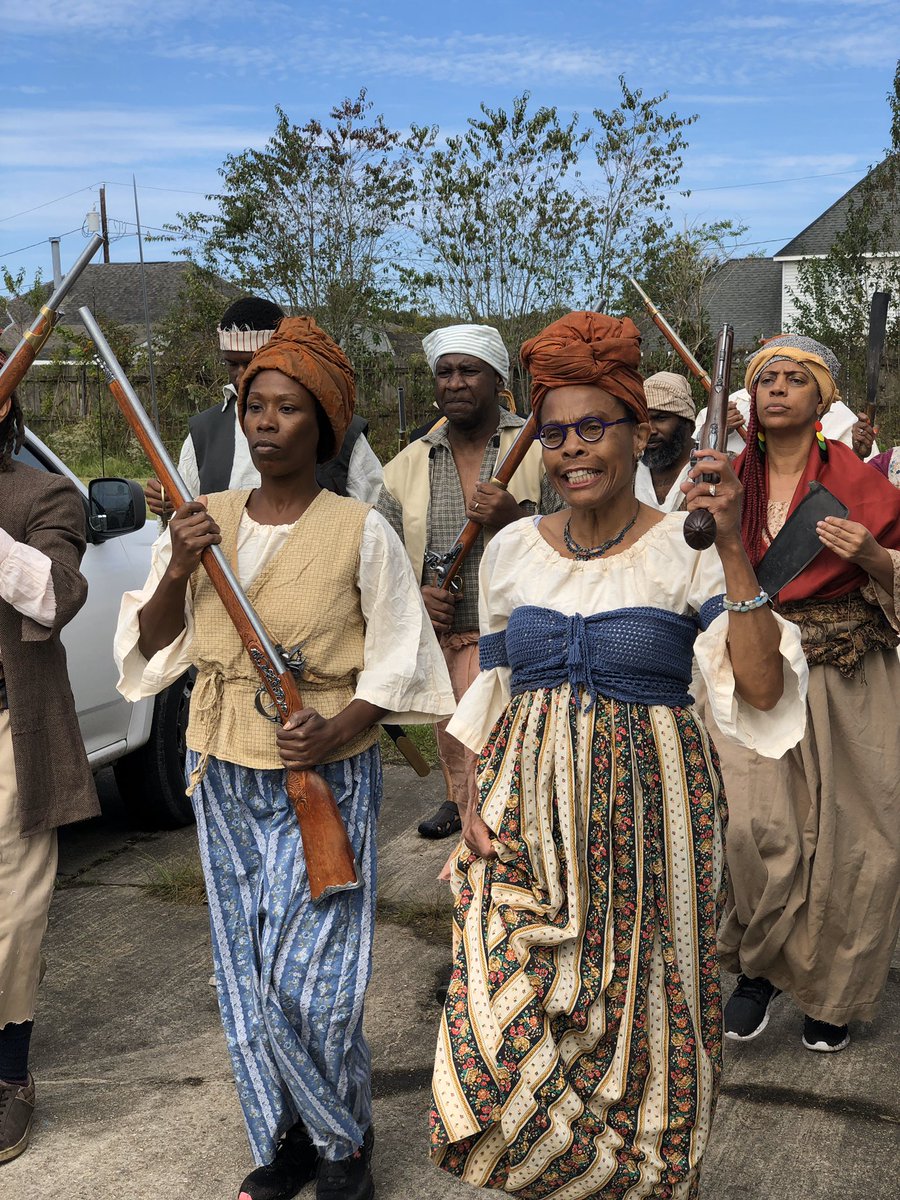 A couple of days ago, men and women marched 26 miles through New Orleans, dressed as participants from a slave rebellion that happened there two centuries ago, as The Guardian and The New York Times reported. The re-enactment, led by New York artist Dread Scott, retraced the route of one of the largest -and overlooked- slave rebellions in US history: the 1811 German Coast Uprising, in which 500 enslaved people of African descent marched toward New Orleans from the surrounding sugar plantations.

"For many taking part, it was an experience grounded in the trauma and complications of the present day," The Guardian wrote.

Honoring the courage of those rebels in times when many fight for racial justice in their lives and society was part of this re-enactment. The New York Times wrote:

The project is daring in its scale, standing as one of the most expansive creations of Mr. Scott, an artist known for work that often highlights the injustices endured by African-Americans. Organizers said that the rebellion had never been re-enacted on such a vast scope, taking six years to orchestrate and involving hundreds of performers on foot and horseback. “Close your eyes and imagine hearing that come,” Suzanna Alexander said as she stood bundled up as the marchers approached from a distance. “Can you imagine that?”