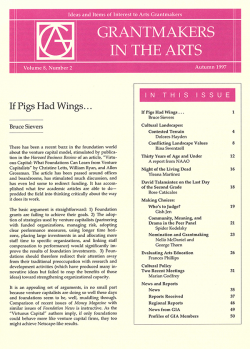 Last summer, Simon Schama invited me to be a judge of the PEN/Hemingway award; I accepted. All through the fall, I diligently plowed through the piles of novels that were sent me, looking for originality, passion, and poise; for vision, economy, coherence, resonance. I tried to give myself over to the books, to accept their many different ambitions, rather than relying on personal preferences for, say, complexity of tone or that lovely quality that Italo Calvino calls lightness. I tried, in short, to judge as impartially as I was able—as, I believe, did my two fellow judges, of whose dedication I cannot say enough.

I noticed that in the screening process I was sent a disproportionate number of novels written by Asian Americans, but did not resent it. I assumed that the PEN coordinator, a caring and organized man, saw me as a person with an unusual familiarity with Asian American literature, which I am, and that he saw my familiarity as a fair expertise to draw on, which it is. For in fact, as an Asian American writer, I do have an increased sensitivity not only to the life experience out of which many of these novels are made, but also to their present social and literary context. If nothing else, I along among the judges was aware that Chang-rae Lee, an Asian American writer, had won the PEN/Hemingway award last year.

This fact became relevant when it began to seem not only that the Chinese author Ha Jin would win this year, but that, including him, two of the three finalists would be of Asian descent. I tried to point out to my fellow judges a couple of things: first, as an Asian American, I was sure to come under at least private scrutiny for bias if these were the results. I was hardly dying to judge another contest, but would certainly not want to emerge from this one with a reputation for chauvinism. Second, I tried to note that, as a result of the larger context, including the fact of an Asian American judge, the Asian American writers involved might not experience their honor as untainted approbation. Indeed, at some level, the one white male finalist might well be seen, in tacit contrast, as the only person honored solely on the basis of his writing.

I wished I did not think so. I wished that I could do my share of writerly community service without its turning complicated: I wished that, like my colleagues, I could leave this tour of duty as I had come in—as a writer, rather than as an Asian American. And I longed, suddenly, for the companionship of a fellow minority member. I knew that any minority writer would have instantly acknowledged the situation to be awkward and loaded. Many majority writers would have also; but how nice it would have been to have a minority writer, of whom I could be sure.

These are not sentiments I am proud to recall. My colleagues, I think, were equally uncomfortable. They denied the complications of being a minority writer, partly to reassure me and partly, perhaps, to distance themselves from those who generate complication. I was not reassured, though, to hear suggestions that the social context around minority writers is not charged. It is. To deny that reality is to avail oneself of a privilege not shared by people like me.

The social context around minorities has, thankfully, changed with time. Before multiculturalism, the problem for Asian Americans was that we were quite profoundly nobody, in a way that current scholarship is making more and more appallingly clear. Neither seers nor seen, we mostly served as projection screens for the population at large. Silent screens, I might add; only fifteen years ago, when I was a grad student at the Iowa Writers' Workshop, it was a given that Asian American writers would never be published by a general interest magazine. I received letters from places like The Paris Review asking bluntly for more exotic work; and stories that, for all their faults, now appear in dozens of textbooks, were regarded as enigmas. “Brilliant writing,” wrote one editor, “but what's it about?”

It is thanks to multiculturalism that the laundry list of topics a story could be about—man versus nature, coming of age, et cetera—has been expanded to include “being between worlds.” With this expansion, my stories became models of clarity; just as we Asian Americans abruptly became Somebody. Suddenly we were able to speak for ourselves, to see as well as make ourselves seen. Multiculturalism made a great many people understand the relationship between power and perception, and that is a good thing.

Unfortunately, though, multiculturalism has attracted adherents who, far from using its gains to further free the self, have simply substituted new strictures for old. In identity politics, to define oneself from without is to acknowledge the “truth;” to to define oneself otherwise is to deny the “truth.” This sort of thinking represents a failure of self-knowledge. To say you are an Asian American woman certainly does say something about your cultural inheritance and the kinds of limits you face in your dealings with society. Those facts are always there, and , as a playwright friend once put it, you never know when you will round a corner and bump into them. But a person is more than the sum of her social facts. My strong suspicion is that many identity politicians see themselves as externally determined because they are strangers to themselves. They do not know themselves to be distrustful of language, say, or drawn to systems of thought, or in love with love or truly at peace in the woods. I wonder, too, if the infuriating, implacable power of the un-p.c. has moved some campus activists to mirror their enemy; to withdraw into an ethnic dorm is to mimic the fort-like, four-walled power of the institution.

Perhaps political mobilization always involves the extolling of social facts at the expense of the ever-wayward inner life. In any case, many minority writers like me, once marooned by prejudice, now find ourselves marooned again by identity politics. For the first allegiance of artists in general is to the very inner life that identity politics denies. There are writers who do cling, out of naïveté or self-interest, to the view that matters of art are untouched by issues of power—these dinosaurs are the profoundly, irrevocably un-p.c. But many other majority and minority writers who do care about diversity in the public sphere, and who do recognize the arts to be inextricably linked with society, who perhaps even explore the effects of social injustice on the heart, have nevertheless found it necessary to brand themselves anti-p.c. Identity politicians have left them no middle ground: multiculturalism has become synonymous with political correctness. Yet writers are ambivalent about this, and manifest their discomfort in odd ways—for example, as in the case of my PEN/Hemingway colleagues, by simply denying the presence of a charged social context. This leaves it largely to a handful of minority writers, committed to the inner life or not, to point out the social truths which do also obtain.

This is no fun. But the fact is that diversity remains an issue in the literary world as long as you can spend two hours at The Atlantic Monthly Christmas party and see just one non-white face among the hundreds of guests. I was that face last year. I had a good time anyway, and certainly felt welcome, and knew that the editors would have done anything to change matters. I understand, too, that my experience would have been similar at The New Republic bash. Is it any surprise that I wonder when literary events will have a different look?

And when will the backlash against multiculturalism-as-publishing-phenomenon end? The realities of book marketing are such that a famous writer friend of mine recently lamented that she wasn't “something,” as she put it. For isn't it true that in these high concept times you are either labeled or ignored? It's hard to deny. Plus, isn't there a cachet to being a minority today that seems to flow to certain writers from Benetton ads?

Yet the writers involved did not seek to be fetishized. If the label is a marketing advantage, for the labeled it remains, paradoxically and grotesquely, both pigeon-hole and albatross. Younger writers are particularly vulnerable to the suspicion and resentment that fashion has brought. Their fellow writers view them as having an unfair advantage in getting published; they hasten to agree. They apologize some more. Never mind that twenty years ago they would have gotten zero attention and that the people who did get attention would not have thought to apologize for anything.

What these younger writers have to look forward to, moreover, are events like the Pittsburgh Post-Gazette Book and Author Dinner, where last spring I shared a state with former Senator Warren Rudman. I stood and read, then watched from behind the podium as Rudman, to my amazement, used for the climactic point of his book plug a story about Senator Dan Inouye. Their mutual presence at the Iran-Contra hearing segued, via the sight of Inouye's war medals, into an extended,highly emotional shtick about Inouye's heroism in World War II and the accomplishments of his unit, the 442nd. How that all-Japanese-American regiment became, in its members' bid to establish their patriotism, the most decorated unit in U.S. military history is truly a moving story—so moving, in fact, that the Japanese-American community has been struggling to get it out for fifty years. Yet there was Rudman, hawking his book with it. People were wiping their eyes as they listened, trying to stem their tears; I, meanwhile, tried to stem my groans. These were partly on the behalf of the Japanese-American community, but partly on my own behalf, too. For every time Rudman said the words, “Japanese” or “Japanese-American,” he turned clear around from the lectern to look, dramatically, at me. never mind that I am Chinese-American. Never mind that no one related to me had ever been called on to prove his patriotism so vividly, seeing as how, in that war, China was a U.S. ally, remember? Rudman just wanted to let everyone know that he saw me and was aware of my kind; and that nowadays, goddam it, I mattered. Whatever the hell I was.

Gish Jen is the author most recently of Mona in the Promised Land, published by Knopf. This article is reprinted by permission of The New Republic, and was first printed in its April 21, 1997 issue.