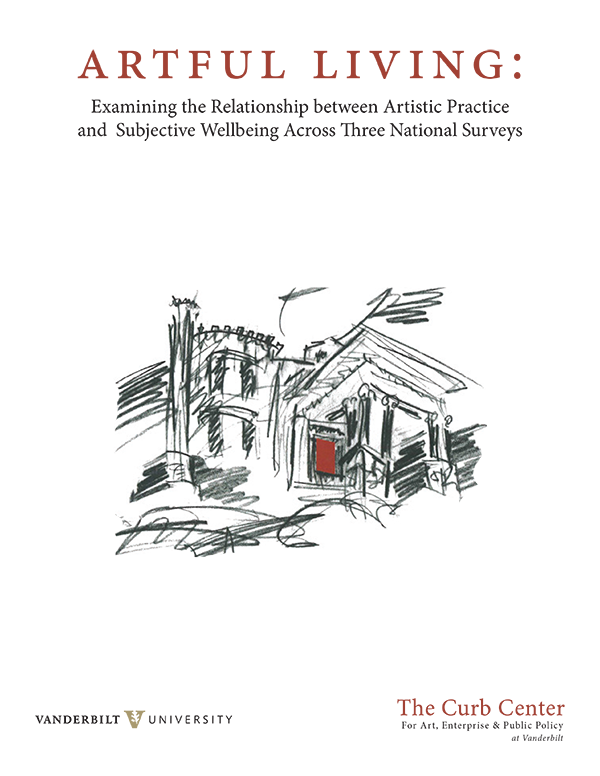 People with more art in their lives are more happy and satisfied. In a study funded by the National Endowment for the Arts and released by the Curb Center for Art, Enterprise, and Public Policy, Steven Tepper and a team of researchers at Vanderbilt University found that people with strong artistic practices report higher levels of life satisfaction, a more positive self-image, less anxiety about change, and a more tolerant approach toward social diversity. The report analyzes three national surveys:

The findings of Artful Living are robust and exist across a range of artistic practices (e.g., music, theatre, crafts, creative writing). The study’s results provide a strong rationale for supporting creative practice as a component of public wellbeing.

Language Access Fund in NYC: Grants for arts programs in languages other than English READ MORE...
A Cultural Strategy for Belonging: A report READ MORE...
Artists, Policy, and Affordable Housing: How to house 7,000 people and how to fund it READ MORE...
Community Engagement: When Funders Think of "Communities as Children" READ MORE...
Black Lives Matter Co-Founder Creates an Online Program to Nurture Artist-Activists READ MORE...
Colleges and Universities Across the US Receive $2 Million in Funding for Creative Placemaking READ MORE...
END_OF_DOCUMENT_TOKEN_TO_BE_REPLACED