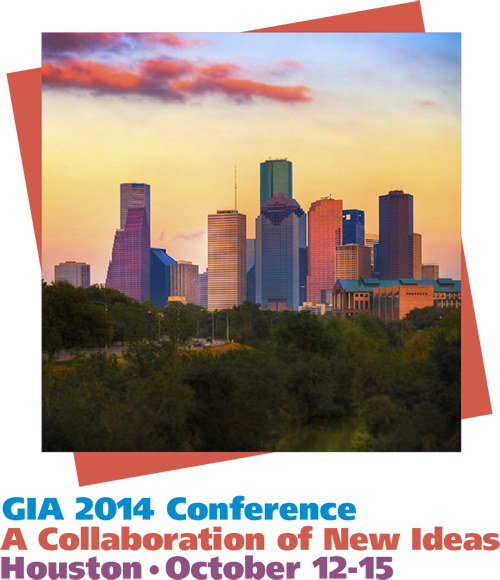 Submitted by Barry Hessenius on October 15, 2014

The City of San Jose (CA), in partnership with the Center for Cultural Innovation, has started providing small “investment grants” to creative entrepreneurs with goals at the nexus of cultural and economic development. Basically this project is still in its infancy, as only two rounds of funding have been completed, and only a total of $40,000 has been awarded in total to 12 grantees, with the $40,000 third round coming up.

Support for private sector, for profit ventures as part of an overall attempt to support the development of a creative culture is an area long neglected. Detractors and critics may balk at the idea of funding anything that might even remotely be considered non arts, using theoretical arts money. There are those that believe that commercial businesses really don’t have social missions, and thus should not be part of what we try to do. There are also those that decry the absence of a bar of artistic excellence as fundamental to the judgment criteria, and think without it, this kind of venture should not be part of what we do.

I disagree. I think there is room for us to wade into the area of providing some kinds of investment in the private sector, for profit field as part of our wider charge to nurture, support and develop the whole of the creative sector in a given area. Doing so will open doors and vistas we usually don’t open, will build bridges to sectors we don’t usually intersect with, and provide a holistic perspective on what is really a larger effort than we have thus far been fashioning.  Now if this becomes a trend, maybe we want to think long and hard as to what our ROI is going to be – general or specific.

The small business types of projects being funded are the same kinds that Economic Development offices routinely fund. San Jose’s criteria are that the awardees must be San Jose based “for profits”, contribute to the city’s cultural vibrancy, promote the city’s positive brand, and have a positive economic impact. And while a T-Shirt company (particularly one that targeted the sports enthusiast market) seems a far cry from what is valuable to the arts field (and this was one of the grantees), it did indeed contribute to the city’s cultural creative market, it did promote the city in a positive way, and it did have a positive economic impact. The key is to think about the process of creating, not the end product. And the process clearly qualified. As Kristen Madsen of the Grammy Foundation (in the session audience) pointed out: we have to get beyond the thinking that arbitrarily and artificially puts constraints on people who create that they don’t put on themselves. Thus, support for a musical artist who sought to record and promote their own album shouldn’t be limited just to the kind of act that would appear on a Folkways label distributed by the Smithsonian.

We need to expand our thinking.

I can see this type of approach having wide application were the funding pool to grow large enough – and perhaps with government economic development money, it just might be able to. If we are trying to create an ecosystem in which creativity and the arts and culture can all thrive, then moving into this kind of uncharted territory – especially as a minimal investment level – makes perfect sense. Let’s play in this sandbox at least a little, and see what happens. It will be interesting to see what results from this kind of venture funding.

All kinds of things might surface. And eventually, we might build some interesting bridges and intersections of for profit and nonprofit on two way streets.

Fact: People are living longer and there are more older people every year.

“ENGAGE is a first-of-its-kind initiative to support state arts agencies in developing infrastructure and programming in arts, health and aging in their individual state and as regional and national collaborators. In partnership with the NEA and NASAA, and with matching funds from the Aroha Philanthropies, the National Center for Aging has been working with 13 state arts agencies (SAAs) in 2013/14. In 2015/15 an additional 12 states will join the group to work toward next steps in forming new business models, policy development and cultural resources.”

Three states that were part of the original cohort reported on their approaches:

Lessons learned: These three states reported that they found it relatively easy to: (i) convince people of the importance of moving forward on the arts / aging intersection; (ii) get buy in; and (iii)  find doors opening for collaboration.
They found it more difficult to get state funding from their legislatures for this kind of work.

It was also pointed out that when you talk about creativity and health care you raise political red flags that may get in the way of moving forward, but when you package the same ideas as creativity and aging, many of the political obstacles fall away.

Maybe what we need is a creative ombudsman for the elderly.

Professional development opportunities in the 2015 year of the project will include:

While this whole program is still just a beginning for the arts to move more fully into the arena of serving the growing community of seniors across the country, there are already lessons to be learned in moving forward. Those lessons include:

Roberto Bedoya (Executive Director Tucson Pima Arts Council) and Rick Lowe (Founder Project Row Houses, Houston, and 2014 MacArthur Fellow) are two very highly articulate leaders in the conversations – within and without our sector – on issues of diversity, equity, race, color and the arts (among other conversations). They have both been around long enough to know what they are talking about, and they both offer comments that are incisive, yet intended to educate and inform rather than accuse or corner.

This was a very good exchange. I confess my notes may not due justice to the nuanced texture of old friends talking candidly, gently offering sage and penetrating analysis. But you can view the conversation on YouTube.

Lowe started out offering the concept of Cultural Sculpting of neighborhoods. Art as a solution to working “in” the community, not coming from outside of it. Engagement is ultimately about “listening” he said. “Creative people should be involved in creating communities”

Bedoya put forth his theory of sovereignty of place – which is about placekeeping; protecting the character of a place while recognizing that the authenticity of a place may not fit the mold of what those seeking change from the outside may have in mind.

Lowe talked about how the real estate market of a decade or two ago in Houston allowed for the development of Project Row Houses; and

Bedoya posed the question: How does a city speak through its neighborhoods?

Lowe suggested that placemaking has a softer quality to it than social sculpturing. “Place” is different than “belonging”. A sense of belonging is about trust. How to honor the community?

Bedoya echoed the role of trust in the community as critical to place, and

Lowe opined that outsiders “don’t know how life is lived in certain places. Outsiders don’t really know how to function in certain places.” He also noted that if the last four or five decades have been about disempowering certain communities, then re-empowering them will not be done quickly.

Both agreed that the work that must be done goes on and on.
From these two – MORE PLEASE.

While the conference ended Wednesday morning, I plan on at least two more posts covering last Saturday’s PreConference on the Practice of Arts Grantmaking, and on a couple of sessions on Racial Justice, Racism, and Diversity.

Have a good day.