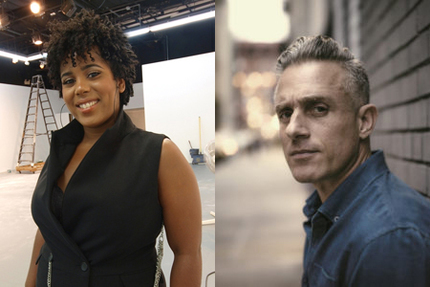 The two artists selected to kick off the residency, Rashida Bumbray, choreographer and performance artist, and Miguel Luciano, multimedia visual artist, will spend a year researching and collaborating with the Metropolitan Museum (MET) as well as in their respective communities: Bedford-Stuyvesant, Brooklyn, and East Harlem. According to the MET, the initiative is made possible by The William R. Kenan, Jr. Charitable Trust, part of their $6 million city-wide program launched in 2017 to support 21 cultural institutions in collective action.

"This partnership offers a time to think deeply about context and site specificity," said Bumbray who will focus on a collaboration within her neighborhood of Bed-Stuy, where she has lived for nine years. "How can I consider the functionality of the objects in the MET collection in connection with neighborhoods around the city - specifically Bed-Stuy?"

Luciano has been working with communities and institutions in East Harlem for nearly 17 years. "The most promising aspect of this opportunity is the focus on neighborhoods and communities as centers of cultural production," said Luciano. The Puerto Rican artist has stated he's interested in exploring "the role that art and culture have played in social movements during times of crisis, from the post-civil rights era to the post-hurricane Maria present."