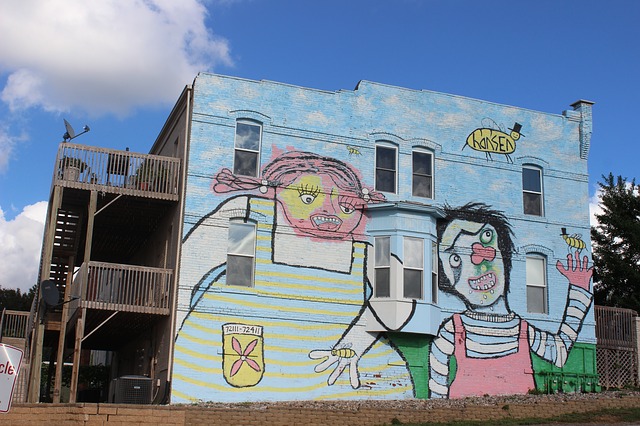 "We’re creative, we’re affordable, and you can help us stay that way." That is Des Moines' pitch to artists as Iowa's capital grows, according to an article in City Lab.

An essential part of that effort is "making sure a growing city can remain affordable, even if prices increase in the future" (even if, according to City Lab, three artist buildings have closed there in recent years and are being converted to apartments and condos).

One of the efforts to avoid that problem, writes City Lab, is Mainframe Studios, a project that "creates permanent, affordable workspaces for artists by funding the project up front so that it’s financially self-sustaining, meaning low rents (as cheap as $114 a month) can be enough to cover operations and contribute to an endowment."

Individual donors, explains the article, are key to make this project possible:

When it comes to actually funding cultural projects like Mainframe, Des Moines has had to get creative. Iowa ranks 47th for state funding for the arts, so public-private partnerships, individuals, and businesses have been key. With Mainframe, the county provided about $300,000 in grants, and Bravo gave over $170,000 to the project—but that’s a drop in the bucket, with a total $12 million needed. It’s mainly been possible due to individual donors.

Mainframe holds 85 artists of diverse fields with demand largely from artists in Iowa, but about 20 percent have come from out of state, details City Lab.

In times when stories of artists being priced out are so frequent, as Siobhan Spain, director of Mainframe, told City Lab: “We want to learn from what’s going on in other cities, and we think we’ve created a model that approaches the problem in a proactive way.”