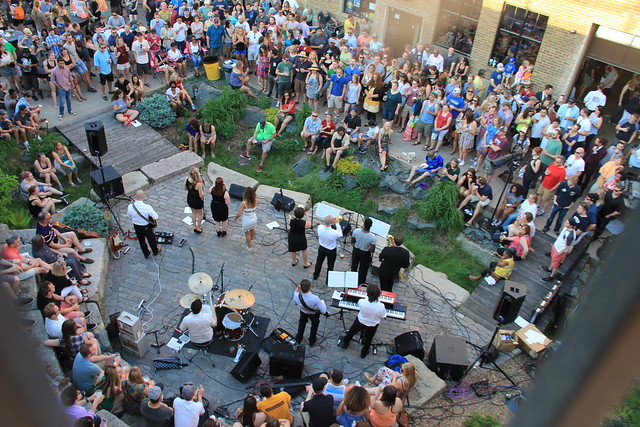 Thousands participate each year in Minneapolis' Art-a-Whirl, the largest artist open studio tour in the country, according to a recent article in Next City. But a recent survey-based study on the gentrification of Northeast Minneapolis found, among other things, that “the act of creative placemaking has driven Northeast Minneapolis’ unique form of gentrification in the Twin Cities,” with Art-a-Whirl as the sign of that change, as Next City reported.

"What was once a small, invite-only event designed to fund artists is now a mega party that draws roughly 30,000 visitors who spend more time at the breweries and outdoor music performances throughout the district than buying or even looking at art," explains the article.

The survey led by Dr. Brittany Lewis, a researcher at the University of Minnesota’s Center for Urban and Regional Affairs describes that Northeast Minneapolis -which has become one of the most sought-after destinations in the Twin Cities with a thriving artist culture, a high concentration of breweries, new trendy restaurants, and other creative industries- was historically "a working-class, Eastern European immigrant community that was transformed when major industries left the neighborhood providing an opportunity for artists seeking the freedom of large, abandoned, warehouse spaces to create community."

After these artists established themselves in the neighborhood and began to host events to introduce their art to a handful of local buyers through what is now known as Art-a-Whirl, an artist culture of “makers” began to thrive. Key stakeholders have identified the economic boom in Northeast Minneapolis as a result of the commodification of a rich artist culture. In turn, Art-a-Whirl has become less about the art and more about the music, beer, and the bands. This rapid economic growth has caused historic residents and artists alike to report steep increases in rents, housing values and property taxes, leaving residents to question whether or not Northeast will continue to be an affordable place to call home.