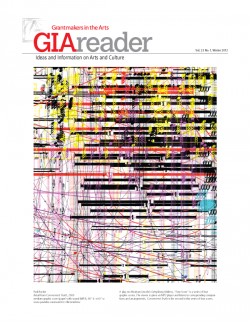 Tradition: Celebrating the Inevitability of Change

In 1993 my teen students and I attended a traditional music and dance camp in the remote Popoluca village of Pajapan, Veracruz, Mexico, an hour and a half from paved roads. Local homes were built from thatch.

At the foot of trees, my Chicano students, alongside their Mexican counterparts, practiced instruments and dance of the son Jarocho, a tradition created from generations of cultural encounters among Europeans, Indians and Africans. During breaks between classes the kids played soccer in an open field. At night we slept in a small dormitory visited by goats and chickens.

My students, from disenfranchised neighborhoods in San Pablo and Richmond, Calif., spoke mainly English. The Mexican students were Indigenous Popoluca and Nahuatl, among the most marginalized people in Mexico, as well as Mestizo. Some spoke their ancestral languages. Most did not.

Eugene Rodriquez is executive director of Los Cenzontles in San Pablo, California.
From his blog Notes from the Neighborhood, December 15, 2011. Reprinted by permission.