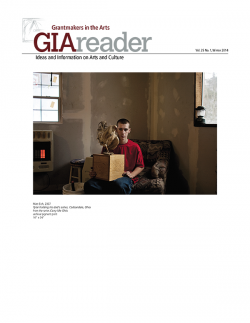 Policy, Prisons, and Pranks: Artists Collide with the World

This address was delivered by Ms. Lerner at the National Innovation Summit for Arts + Culture in Denver, October 2013.

In Creative Capital’s very first year, a duo calling themselves RTMark applied to us for a series of pranks geared at “corporate identity correction.” They later changed their name to the Yes Men and became notorious for their work in tactical media, like impersonating Dow Chemical executives and apologizing — and offering to make restitution — for Bhopal on the twentieth anniversary of the disaster. This put Dow in the unenviable position of having to say that they had no intention of making restitution, but not before the Yes Men had appeared on the BBC and the news spread to media outlets all over the world. Dow’s stock took a major dive for at least a few hours! Now through their Yes Lab, they are training other activists in the ways of “laughtivism,” their highly honed brand of global activism that uses humor to make critical points. 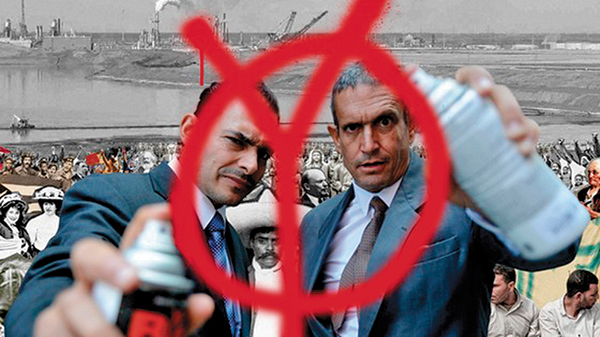 The Yes Men. Courtesy of TheYesMenAreRevolting.com.

The fourth-generation farmer and artist Matthew Moore asked us to support a video project for grocery stores that would help shoppers connect to the sources of their food. He couldn’t have seen the myriad ways that this lyrical idea would explode into the Digital Farm Collective, which is now documenting crops growing around the world as well as the farmers’ growing philosophies. Matt recently launched an app and curriculum for schools so that kids can make their own time-lapse videos in their community and school gardens.

Food artist Robert Karimi uses the format of a TV cooking show to engage audiences around diet and diabetes in communities of color. He employs cultural ritual and stories, uniting cooking and interdisciplinary art to promote well-being. He has now incorporated his own nonprofit, the impact of his work has been studied at Arizona State, and he has personally fed more than 20,000 people through his performances over the past three years.

Environmental artist Jae Rhim Lee asked us to support her Infinity Burial Project, in which she is building open-source, DIY, mushroom-based burial containers that will help our bodies decompose more quickly and greenly at death, including a mushroom death suit and burial pod. Her goal is nothing short of the transformation of the funeral industry, which is highly toxic for both the workers and the earth. In the early years of her project, she was thrown out of discussions at funeral director conferences, but her project is now being featured at the National Funeral Directors Association’s annual convention, which is taking place this week in Austin! You can join the cause by becoming a member of her Decompiculture Society as a Decompinaut. 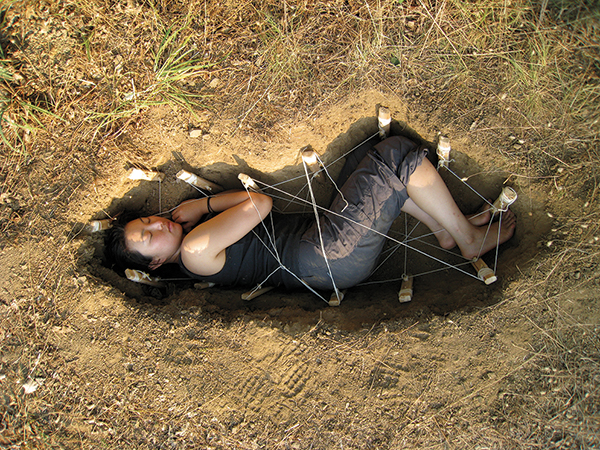 In 2008, we supported two acclaimed documentary projects, The Oath, by Laura Poitras, a film about Osama bin Laden’s former bodyguard, and Trouble the Water, by Tia Lessin and Carl Deal, an amazing film about Hurricane Katrina that was nominated for an Oscar. They have moved forward with new projects, with Laura now working on a film about whistleblowers and Tia and Carl producing Citizen Koch, about the influence of corporate money on our political system. The name of their production company is Elsewhere Films, because as Tia told me, they realized early on that support for their work would likely need to come from nontraditional sources and audiences.

And Laurie Jo Reynolds, one of our newest grantees, was recently in the news for a project she embarked on more than ten years ago. She began with a poetry project intended to provide outside contact and an outlet to prisoners in permanent solitary confinement in the Tamms “supermax” prison in Illinois. The letters she received in response led her to collaborate with prisoners’ families and local lawmakers in a multiyear campaign that led directly to the closing of this inhumane prison. She calls her artistic practice “legislative art.”

In his book The Age of the Unthinkable, Joshua Cooper Ramo, a former editor at Time magazine, says that “there are forces for change at work that are invisible using old ways of seeing.” He says that “the source of the greatest historical disasters is that so few people at the time either recognize or understand the shift.” And then his next sentence surprised me: “Artists,” he says, “with their tuned instincts for the new, often do.”

When we set out to support individual artists’ projects in 1999, I don’t think I could have predicted that we would be supporting tactical media artists, laughtivism, hybrid artists such as farmer-artists, bio-artists, engineer-artists, technologist-artists, and legislative artists, among many others, including some who would land on the front pages of the New York Times, and not with reviews of their artwork! Or that, in some cases, I might need a direct line to the ACLU and People for the American Way. 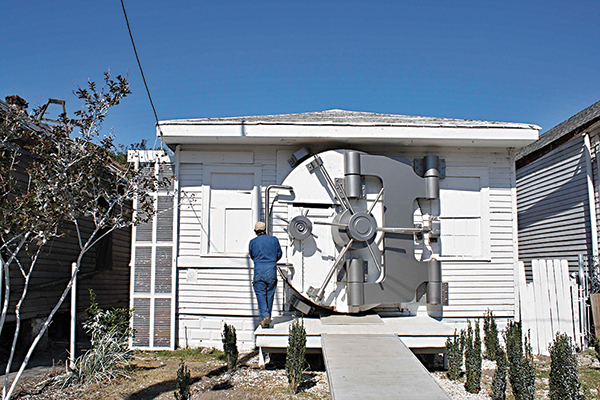 Early on, one of our grantees said, “I feel you are trying to create an organization that mirrors the creative trajectory.” That statement made me realize that perhaps we needed to be our own art project. So, then the question is, operationally, day to day, what does that mean?

I thought I would share some observations about the artists who are challenging us with their “new ways of seeing.” Are there organizational lessons to be learned from the ways these twenty-first-century artists are operating? 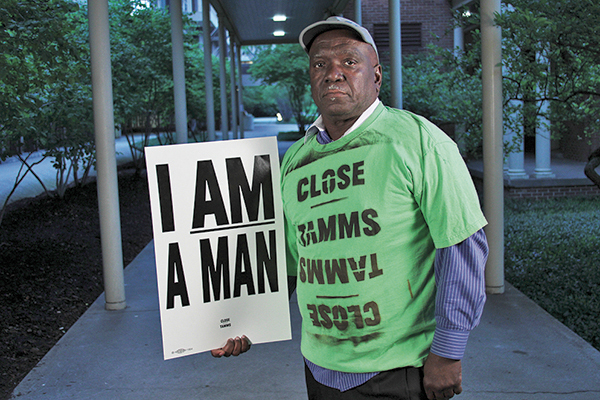 The writer James Baldwin said, “Everybody wants an artist on the wall or the library shelf, but nobody wants one in the house.” Well, these artists are in your house, at your grocery store, on TV, in your newspaper, and at your funeral parlor. They are revolutionizing the art world, shaping conversations in their communities; they are shaking up national policy conversations.

I have read that we will experience more change in the next thirty years than we have in the past three hundred. So there is an urgency in engaging with these kinds of questions. What do we need to do to “bake” change into the very DNA of our organizations? If we truly believe that our artists are change agents, are we equipped to be change agents also?

“I saw the angel in the marble,” Michelangelo said, “and carved until I set him free.” Are we confident enough to allow our organizations to “reveal” themselves to us, telling us at every step of the way what they want — and need — to become?

Ruby Lerner is president and founding director of Creative Capital.