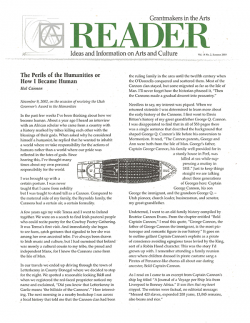 An Overview of Revenue Streams for Nonprofit Arts Organizations

Arts Funding IV examines recent changes in arts grantmaking by one segment of private institutional donors — private and community foundations. While the larger, more fragmented arena of government and private support lies outside this investigation, it is nonetheless useful to place foundation support within this larger context. The following overview outlines the basic framework of private and public arts funding in the U.S. and discusses funding in relation to the overall financing of nonprofit arts groups. Information provided in this summary has been drawn from several national sources, some estimated and some actual. The most recent data available on various sources of arts income were not necessarily for the same period. In addition, the national sources consulted for this overview do not employ precisely the same definitions of arts and culture. Still, while any conclusions drawn are only proximate, they nevertheless help to place foundation spending within the larger context of overall support for the arts.

Estimates for Private Sector Sources of Arts Support, 2000
Among private donors, individuals contributed the largest share of funds (50 percent). Independent, family, operating, and community foundation giving to U.S.-based arts groups — estimated by the Foundation Center at more than $3.1 billion in 2000 — equalled roughly 33 percent of all private contributions and about 13 percent of total revenue.3 According to data extrapolated from business sources, corporate contributors (including company-sponsored foundations) provided close to $1.6 billion or 17 percent of private funding.4

Private donors play a much greater part in sustaining arts and culture organizations than they do in most other nonprofit fields. For example, private contributions account for scarcely 3 percent of the income of hospitals and general health organizations and 17 percent of the revenue of educational organizations. Unlike the arts, nonprofit health and education organizations derive the largest share of their revenue from earned income, including investment income. On the other hand, environmental organizations, civil rights groups, and international affairs organizations are more similar to arts groups. They rely on private contributions for between 54 percent (environmental groups) and 66 percent (international affairs groups) of their overall revenue.5

Arts as a Share of Overall Support from Private Donors
Among private donors, foundations devote a relatively large proportion of their funding to the arts. Throughout the 1980s, arts and culture captured a consistent 13 to 15 percent of foundation grants, although the share slipped to 12 percent in recent years. During the same period, individual donors overall (as measured by Giving USA) contributed a fairly consistent but much lower 6 to 7 percent of their total giving to the arts. (In 2000, the share was estimated at 5.5 percent.) Finally, according to various business sources, corporate contributions to the arts vary depending on company size. In 2000, the largest U.S. corporations tracked by the Conference Board provided roughly 9 percent of their charitable contributions to the arts,6 while the proportion for businesses overall was approximately 15 percent.7

Government Funding of the Arts
Government funding equalled roughly 10 to 11 percent of the revenue of arts organizations overall. According to various sources, the average share is estimated to be lower for performing arts groups — about 5 percent8 — but higher for museums — almost 28 percent,9 and considerably higher for small, community-based arts groups. While annual support from government sources is much less than private sector giving, they have traditionally been seen as much more equal-opportunity funders. Until the mid-1990s, they were also the principal source of institutional support for individual artists (and remain so in some localities).

Since the late 1980s, economic and political factors have created shifts in direct funding from the federal to the state and, increasingly, to the local level.10 At the federal level, the budget of the National Endowment for the Arts was slashed by nearly half between 1992 and 1998, although in the most recent few years, funding has modestly rebounded. Other federal arts agencies have also been drastically scaled down. State and local funds in many areas were cut sharply during the economic recession of the early 1990s. In the boom years of the late 1990s, however, state and local government funding recovered and grew at a rapid pace.11 In 2001, state agencies had more than four times the financial resources available at the federal level. Local arts agencies reported more than eight times the level of federal support. Yet these resources may rise and fall in line with state and local economies. In the current prolonged economic downturn, the severe budget crises of state and local governments are taking a heavy and uneven toll on public support for the arts.

Conclusion
This brief outline underscores the fact that nonprofit arts financing is a very complex, fragmented, yet interdependent funding framework made up of grants from federal, state, and local agencies, corporate contributions, individual donations, as well as earned income. This summary also suggests that the framework is fragile, since the commitment of each of the donor groups to the cultural community may rise and fall. Of the various donor groups, foundations have played a remarkably stable role in recent years, thanks in part to the effects of the prolonged bull market of the 1990s on foundation resources and to the vibrant expansion of the foundation community.

In the wake of the stock market decline and the attacks of September 11, foundation giving for the arts and other fields began to decease after 2001, and this trend will likely continue over the next few years. Nonetheless, support from newly established foundations is one of several factors that will help to moderate reductions. Foundations will continue to be an important source of nonprofit arts financing.

Loren Renz is vice president for research, The Foundation Center. This article is adapted from a chapter in Arts Funding IV.

2. Urban Institute, 2003. Figures for 2000 are drawn from IRS Form 990 returns for that calendar year, which are included in the NCCS-GuideStar National Nonprofit Research Database. Figures are preliminary and subject to change. Final figures will be used to update tables published in Weitzman, M., et al., The New Nonprofit Almanac & Desk Reference, Washington, DC: Independent Sector, 2002.

3. U.S. private and community foundations provided an estimated $3.69 billion for arts and culture in 2000. Estimates are based on a weighted percentage of arts giving of a sample of foundations as a proportion of total giving reported by all foundations. For comparative purposes, estimated foundation arts giving has been adjusted to exclude corporate foundation giving, arts grants to non-arts organizations, and grants awarded to non-U.S. arts groups. Adjusted estimated arts giving totaled approximately $3.1 billion.

5. Urban Institute, 2003. Figures are preliminary and subject to change.

9. Brown, M., Giving USA 2001: The Annual Report on Philanthropy for the Year 2000, Indianapolis, IN: AAFRC Trust for Philanthropy, 2001, Fig. 1, p. 109. Figure is based on data from the 1999 AAM Museum Financial Information Survey conducted by the American Association of Museums.

10. The Performing Arts in a New Era, 2001, p. xxi. According to the report, the shift in government funding from the federal to the state and local levels has implications for the average size of grants, the characteristics of grant recipients, and the programming decisions of those recipients. The authors note that, “In particular, state and local governments tend to focus less on the arts per se and more on the social and economic benefits to local communities in awarding grants.”