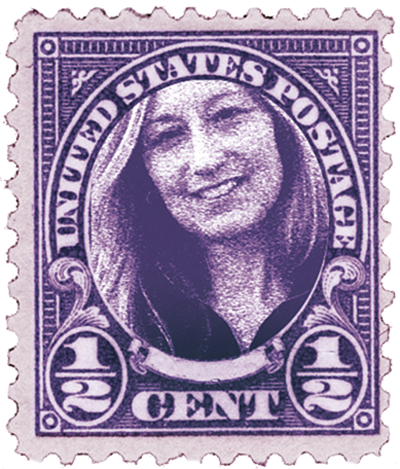 My early experience working in the arts field shaped my view of being a funder. One of my first jobs was working at the Idaho Theater for Youth with the visionary founder, David Lee Painter. His values and the way he treated artists changed my life. It was an ensemble company, so I did a bit of everything: teaching, directing, performing, and general admin. Pretty soon they asked if I wanted to be marketing director. I said I didn’t know what marketing was. They said that I’d have to leave if I didn’t take the position, because they couldn’t afford to keep me on. Does this sound familiar? I stayed.

We reached 100,000 kids each year, close to 10 percent of the population of the state. This influenced my belief that it is absolutely necessary for nonprofit arts groups to reach the broadest possible spectrum of people with high-quality productions. It was a bare-bones operation but did extraordinarily good work. The company eventually closed — financial difficulties following a change in leadership — but this experience set a permanent framing for me: from the beginning, artists and organizations have to be thinking about how to reach people with the work, not just about the work alone.

From there I went to work on a music festival in Sandpoint, Idaho, and helped them come back from an almost terminal amount of debt. I began to ask myself: how is it that nonprofit arts organizations get into these crises? I became curious about how leadership functions in organizations and what happens when leaders take their eyes off the ball.

After some consulting and odd jobs, I ended up at On the Boards in Seattle. I went to OTB thinking that it was in good shape, only to realize that they too were facing many of the same issues that plagued the music festival — financial difficulties and artistic leadership transition issues.

I was invited to participate in the first year of National Arts Strategies’ Nonprofit Executive Training program. That was the first time I received any business training. Both the content and the people were life changing. I was hungry for the knowledge and got excited by theories and concepts, and by being able to put a name to some of the phenomena I had experienced in my work, I was able to see organizational development in larger context. Someone knows why these things happen!

Jim Phills on integrating mission and strategy and Michael Porter’s Five Forces really opened up my thinking. I appreciate people who can look at our problems in a fresh way. Russell Willis Taylor became a mentor for me; she answered my questions, recommended readings, and connected me to people.

Another important turning point was a two-day training program I attended on strategic planning and technology, organized by NPower and funded by the Paul G. Allen Family Foundation. It really encouraged me to think differently about technology. The room was filled with nonprofits, but there were very few arts groups in the mix even though they had been invited. It was a revelation to me that technology wasn’t being embraced and used strategically by arts organizations. This program spurred me to try some new things at On the Boards, for example, a patron review blog with Doug McLennan and Lane Czaplinski.

I joined the Mellon Foundation in 2004. I had lived in a rural community, had tried to reach poor kids, and had worked in festivals that were doing high-caliber work, yet were more populist and commercial than fine arts institutions. I had been at OTB doing avant-garde work, tried to experiment with technology, managed two turnarounds, and had the Stanford and NPower experiences. All these things informed my passion while at Mellon, and my critique of the field.

At Mellon, I struggled with why we were funding some organizations and not others. It seemed to me that some of the funding lists were ossified. The programs started out supporting leading organizations, but over time had not kept up with changes in the field. I tried to push questions about the why of our funding — what were we trying to accomplish? I felt it was important to understand the impact we were having and to make room for and legitimize other kinds of organizations. One outcome of this was a shift in the foundation’s theater program to emphasize ongoing relationships between artists and institutions and a commitment by theaters to produce works (not only commission them).

I don’t understand the long run of funding in the arts. Do we support institutions for long arcs of time, or keep changing it up? Groups need reliable funding — ten years of funding could really propel many groups. But that limits the new things you can do. Many midsized organizations are having tremendous impact but have a tough time competing for major donors and board members. They are in need of the legitimacy that a grant from a major foundation can provide. But providing that support is a tough call; you want to help them but don’t want to risk destabilizing them when the funding can no longer be renewed. For bigger organizations, loss of major support is problematic but they can recover. For midsized organizations, it can be life threatening.

Philanthropy has become so caught up in strategy. We overelaborate in an effort to justify our own work. I see foundations behave in ways that make life very difficult for organizations and organizations behave in ways that make foundations not trust them. I hope the next generation can move back toward candor and trust. Philanthropy should not be a carrot-and-stick game. Couldn’t we be more modest? Whatever happened to “this is a good organization and we should help them”?

I loved working in philanthropy, but sometimes I wonder if funders don’t do as much harm as good. I didn’t enjoy the distorted power dynamic between grantee and funder.

Sitting next to a big bag of money influences you. I don’t think people should stay too long in foundation positions. The longer you stay, the harder it is to give up the programs that you’ve created, and it’s important to let other people have an opportunity to be creative in these jobs.

Remember: this is not your money. People treat you as if you are special, and you have tremendous power. But you are a public servant, even if you are in a private foundation. Try to serve the mission of the foundation and the aspirations of the field, and diminish the power imbalance.

Diane Ragsdale is attending Erasmus University in Rotterdam, the Netherlands, where she is working toward a PhD in cultural economics.