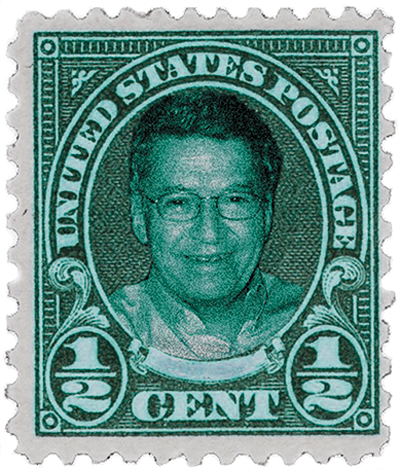 I am the opposite of the people who plan everything out. Like many people who grew up in the 1960s, I was very optimistic as a young person and didn’t worry too much about what I was going to do. And I have been very fortunate to find myself in the right place at the right time over and over again.

I was raised in Missoula, Montana, an amazing and wonderful place to grow up. It was Nowhere, but it had a university and a thriving cultural and intellectual life. My parents were engineers. Dad was in forest service. My mom also had a degree in violin. There was a great deal of science and art in the house and in the community. Walter Van Tilburg Clark, author of The Oxbow Incident, lived next door; Leslie Fiedler a few blocks away. Like a lot of people, I had a magnificent English teacher who taught me every element of grammar I have ever learned and instilled a love of literature too.

Missoula had a thriving theater and an opera, among other artistic resources. I was enthralled by my first performance of La bohème, and it exerted a powerful influence on my imagination. Then I went off to Stanford and was inclined toward science (my original major was in physics), until I spent some time in Germany at Stanford’s campus there. This was at the height of the Cold War. Living in another country altered my worldview, and when I came back I switched from physics to international relations. That experience in Germany taught me that the world is an interesting, complex place and has to be understood in broad, human terms, not just in unidimensional, scientific terms. One has to understand the human condition from multiple, pluralistic, multivalent points of view, and the arts and culture are essential to understanding this complexity.

C. P. Snow’s Two Cultures, Isaiah Berlin’s The Hedgehog and the Fox, Ernst Cassirer’s Language and Myth, Herbert Fingarette’s The Self in Transformation, and just about everything that Jurgen Habermas wrote — these philosophers had tremendous impact on me.

Just as I was finishing my dissertation, the National Endowment for the Humanities decided to create state humanities councils. I was back in Montana, after having worked for a senator, and someone asked me if I’d like to work on the Montana Humanities Council. It was a wonderful time in government, when money was available for nascent ideas. Basically they said to me, “Go be creative.” So we invented stuff — how the humanities intersect with and illuminate public policy. We did a lot of experimental programming. Some of it was terrible, but some of it was fantastic. Policymakers actually came to the sessions and had their eyes opened; and we shaped the thinking of some legislators.

From there I moved to the California Humanities Council, a very different challenge. Montana was a manageable size, and we got a tremendous amount of money per capita compared to big states. In California, we focused more on targeted grantmaking than programming. We organized our grantmaking around themes such as “The Pursuit of Community in California.” I was there for nine very stimulating years. I was at an intersection point between the intellectual world and the real world, and learned about the art of grantmaking and management, especially managing a board.

I left the Humanities Council for several reasons, including the shift in political philosophy in Washington in the early 1980s. At the same time, the Haas family was getting its foundation going as a professional enterprise, and I moved there in 1983.

Throughout my time at Haas, I continued to explore the multiple dimensions of the world. Kurt Vonnegut’s God Bless You, Mr. Rosewater and Dickens’s Bleak House were important influences on my thinking about philanthropy. Marge Piercy’s poem “The Seven Pentacles” played a role in my decision to get married a second time. Mary Oliver’s poetry was hugely important, especially “In Blackwater Woods.” And Grantmakers in the Arts had an ongoing influence in my professional life. Anne Focke has been a terrific source of ideas and feedback, especially about my writing, and I’ve gained a lot from interacting with others in the field.

One of the things I am proudest of from the work at Haas was our multiyear partnership with the San Francisco school district. We had some influence in resuscitating arts education in the school system, and worked with the district to incentivize schools to keep arts in the curriculum. This was very gratifying. I also helped initiate the “ethics group” of Bay Area foundation presidents. About ten foundation heads met every six weeks for dinner and discussed an issue. We would put a challenging question on the table and discuss it at length. That was really valuable. To my knowledge, the group is still going.

One thing I did not succeed in doing was raising the profile of the humanities among foundations. I tried to get an affinity group going at the Council on Foundations, but finally gave up that aspiration. I’m sad that so few foundations — Mellon being the major exception — spend any real attention and resources on the humanities.

At Haas, my efforts tended to be opportunistic rather than systematic. I did things with Tom Layton and Susan Clark. I was influenced by John Kreidler (then at the San Francisco Foundation) and Sarah Lutman (then at the Bush Foundation).

The thing I worry the most about in philanthropy today is hubris combined with a “metrics” mentality. A lot of people are concerned about this, but there is such an inherent power imbalance between funder and applicant/grantee that it leads to insularity in the funder. We must constantly remind ourselves that this is not our money and that it is critical to get as much outside input as possible. For this reason, I think it is not a great idea to go directly from graduate school to the foundation world.

When I was in graduate school, I had an advisor who, when asked what his political theory was, said, “I’m the Other Ramifications man in our department.” This idea has stuck with me: remember those “other ramifications.” Read widely, stretch your own boundaries. Fight the insularity. Realize that understanding the human condition is an unbelievably complex endeavor; fight the idea that there is a grand theory and move toward the more decentralized way of understanding and acting. Stay open to learning, and keep yourself in places where you will be challenged.

Bruce R. Sievers is a visiting scholar and lecturer at Stanford University and adjunct professor at the Institute for Nonprofit Organization.