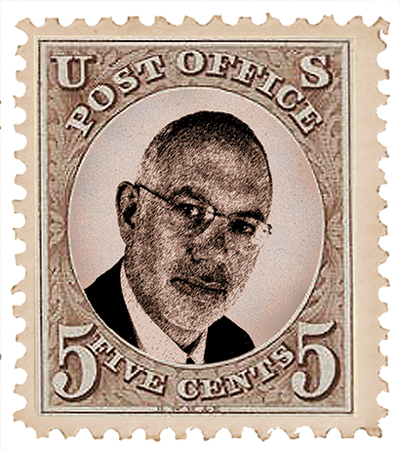 I come from what the kids in my class at school would call — did call — an “artsy-fartsy” family. My mother is a textile artist, my aunt was an architect, my grandfather was a sculptor. My brother is a beekeeper and a cabinetmaker. I was the black sheep . . . I trained as an economist. Started off as a conventional middle-class overachiever: Oxford, London School of Economics, United Kingdom Treasury, yadda yadda.

But none of this gave me a “flow experience” — to use jargon not then in currency — and I knew in my bones that I wanted to combine my professional training with something I found more meaningful than trying to find a viable regulatory regime for privatizing the water industry for Margaret Thatcher, which was what I was doing when I left the Treasury in 1984. Leaving as a young “high flyer,” as we were called, was the major milestone in my life. A small, self-regarding, and, for me at least, claustrophobic world. I remember sending out leaving party invites themed “Exile on Main Street.”

So I walked into the void, as it were, in my late twenties, and got a job turning the Design Museum, a museum of industrial, textile, and graphic design, from an idea into a functioning institution. I am not sure how I got the job, but I talked my way in, and that set me on the track that I have been wandering along ever since.

A board member there, Sir Peter Parker, took me under his wing. I learned an immense amount from him. The chair of the UK railway system, and later the chair of Mitsubishi in Europe, he was as a profound practitioner-thinker about management and organizational development. He spoke Japanese, which he learned in a prisoner-of-war camp. (Lesson: don’t bear grudges.) He helped to move me from a bratty, A-type nerd who wanted only to be seen as the smartest guy in the room to someone who gets his jollies from helping make things happen as part of a team.

I moved to America in 1998 at age forty-two for reasons of the heart, with no job. I had already attained a certain amount of professional momentum in the UK. My consulting company, AEA, was humming along there as the go-to shop for facilities planning in the arts. “Starting over” from scratch in the United States was salutary — especially in New York. It was tough, but ultimately I learned a lot. In 2007 I left consulting to run Jazz at Lincoln Center for a while — an immense learning experience, and a privilege. In consulting, you help others lead; in management, you lead. You have to create meaning rather than advise others on how to create it.

Jazz has been my abiding passion since I was ten, and so I relate most things in life back to jazz one way or another. The jazz-management analogies are a bit of a trope and I won’t go into them, but they are about the relationship of innovation to tradition, improvisation to structure, the individual to the collective, and so on. That has had a tremendous influence on my thinking. I often see things through analogies with jazz, whether I want to or not, a sort of syncopated synesthesia. Right now we are doing a project with Garry Kasparov, the grand chess master, and he has exactly the same spiel about chess and the insights it affords into life. So I think if you are deeply vested in anything, it helps you understand the world. I guess, get vested is the overall point.

Otherwise, I tend to get my stimulus from ye olde medium: reading. I get a lot of ideas from reading around the projects we do — not about but around. We are working in Venice at the moment, so it’s the history of Venice; and CERN, so it’s an idiot’s guide to the Higgs boson; and with the Kronos Quartet, so it’s a deep dive into the string quartet history and repertoire. What, seriously, could be more rewarding? This sort of work generates a constant banquet of food for thought on which to gorge. When the diet is too rich . . . then I read whatever my kids are reading.

I am not a career planner and I am slightly put off by people with an overfastidious interest in their own careers, grooming them, picking over them, constantly soliciting others’ views on them, and building the great résumé in the sky. I like mentoring, but about how to approach problems that need solving, not about how to get ahead. My general approach has been to try to do the task at hand as well and imaginatively as I can, and be open to the next lateral thing.

Jean Anouilh, the French playwright, had many characters in his plays whose general disposition was toujours léger — always light. I think that’s a useful guide, generally, given the fundamental conundrums of existence that are always yapping at our heels and underscoring our insignificance in the general scheme of things. Try to do things you find meaningful and things that, whatever else they bring as a bonus, are their own reward. You only go around once.