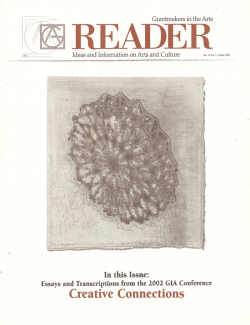 Culture and Citizenship, is an edited volume of twelve essays by fourteen academics primarily based at universities in the United Kingdom. Nick Stevenson, lecturer in the Department of Sociological Studies at the University of Sheffield provides an introduction that links the themes and issues addressed in each chapter. The essays provide a scholarly discussion of the concepts of "culture" and "citizenship" primarily within a UK and European Union context.

The collection begins with four chapters that consider the "theoretical issues at stake in the 'cultural' turn in citizenship studies." The discussions hearken to John Stuart Mill's utilitarian social contract as their foundational touchstone. These chapters advance a view of "cultural citizenship" as the ability to fully participate in the ongoing process of defining the rights and obligations of citizens in "an increasingly global and postmodern age." As described by Stevenson:

Cultural citizenship can be said to have been fulfilled to the extent to which society makes commonly available the semiotic and material cultures necessary in order to make social life meaningful, critique practices of domination, and allow for the recognition of difference under conditions of tolerance and mutual respect.

In the first essay, Bryan Turner offers a reexamination of the concept of cultural citizenship away from the (re)production of a "national culture" towards a focus on "processes that might allow us to participate as democratic citizens." He explores the potential development of "electronic democracy" via the Internet as one example of this process. Next, Nick Crossley in the chapter "Citizenship, Intersubjectivity and the Lifeworld," addresses concerns that citizenship needs to be constantly nourished within the daily lives of ordinary people: "citizenship is bound, both analytically and normatively, to the intersubjective nature of human beings." He argues that through the development of shared "common attitudes" we establish meaningful criteria on which the rights of citizenship can be granted. Cultural citizenship is understood as the necessary milieu in which "the reproduction of identities, role expectations, information, and necessary know—how” are made available for all to realize full citizenship. The last chapters in this section, “The Reinvention of Citizenship,” and “Psychoanalysis, Identity, and Citizenship,” focus attention on individual motivations and the “emotional investments people make in wider collective identities.” Here the concerns of globalization and postmodernism are addressed more closely for their impact on individual identity.

The last five chapters address various factors in the formation of individual identity and their relationship to attaining full cultural citizenship in a postmodern European environment. Ethnicity, age, gender, sexual orientation, and disability are all considered in these discussions. Individual identities, contrary to a perceived mainstream cultural hegemony, are used to deconstruct conceptions of cultural citizenship that exclude marginalized people. Looking forward, John Solomos in the concluding chapter, calls into question two key issues that must be addressed if one is to develop a useful conception of cultural citizenship in a pluralistic environ- ment: the social and economic effects of migration and the “degree of cultural relativism compatible with the maintenance of the democratic state.”

In conclusion, this edited volume provides several considerations of cultural citizenship that provide a useful foundation for academic discussions. Anyone concerned with establishing a contemporary scholarly underpinning to the relationship between culture and citizenship will find mining these discourses beneficial beyond their European context.