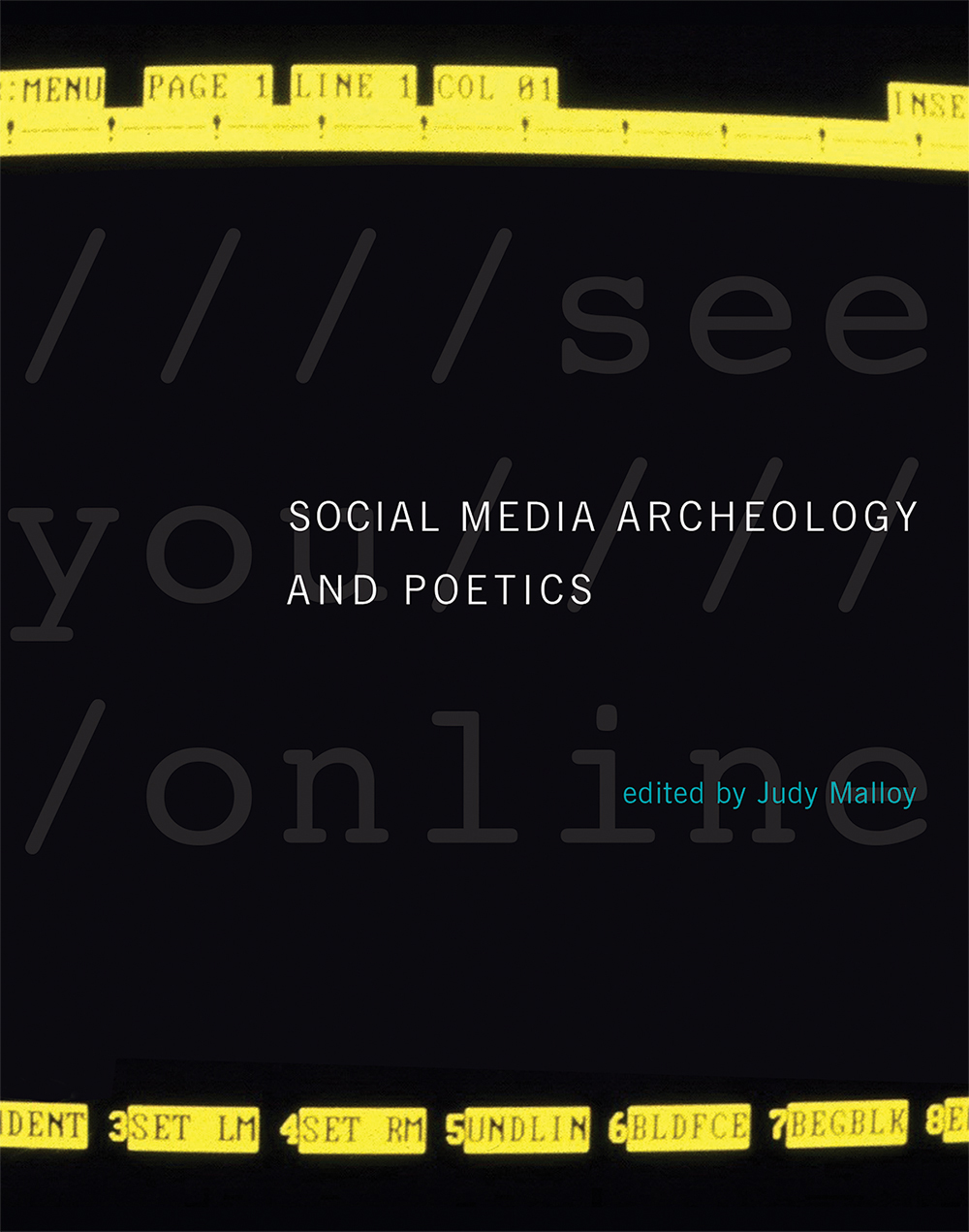 The role the Internet plays in everyday life, culture, and commerce is so ubiquitous, it is surprising to remember that it was only as recently as the early 1990s that online access and email first became available to the general public. Connection speeds and reliability in those days were laughably crude, compared to the seamless experience we take for granted today.

During these few short decades, the technology that serves as the foundation for online communications evolved at an amazingly accelerated rate. New platforms and applications barely reached the market before they became obsolete and were replaced by improved options. At the same time, the cultures, protocols, and traditions of user communities were emerging and becoming established. These parallel histories were integrally entwined, each informing the other.

In this dense and fascinating book, Judy Malloy has assembled a multifaceted collage of essays and articles that examine the evolution of cyberspace, with a focus on the surprising role that artists and writers played, and the ways that their work and experiments provided a foundation and shape for the social media universe we know today. Multiple authors provide diverse and sometimes contradictory perspectives appropriate to this messy history. The sleek interfaces of Google, Facebook, Pinterest, YouTube, LinkedIn, and the commercial online universe share common ancestors among such early experiments as PLATO, Arts Wire, The WELL, THE THING, Electronic Café, Satellite Arts Project, ACEN, and numerous others.

It was the US Department of Defense that first provided the groundwork for the Internet with development of ARPANET. The action soon moved to academic computer science programs and commercial computer hardware developers. But, as Malloy and her authors observe, looking back on this explosive era, it was the early presence of artists, writers, community organizers, and freethinkers (OK, I am trying really hard not to say “hippies”) that envisioned and realized the potential for online tools to build communities locally, and eventually worldwide. This is the central theme of this book, well illustrated by numerous and diverse examples.

The concept of the “virtual community” came into being when everyday people — amateurs in the truest sense of the word — began to use online communication tools to connect with others of like interests. The story of the now legendary Bay Area network The WELL, which grew from the community and resources of The Whole Earth Catalog, is documented in detail in the book, and provides both a literal and symbolic archetype of cyberspace as a “commons” where people could meet, plan, organize, and share ideas. The counterculture that was trying to change the world in the 1960s, and the generation that followed, now had the tools to do so.

Artists quickly saw the creative potential of cyberspace as a multidimensional extension of both the studio and the page. Artist-generated participatory media projects removed the boundary between the creator and the audience, and set the stage for what became an entire industry of role playing and online gaming. The borders of traditional artistic disciplines, already eroded by the 1990s, further lost relevance as new digital forms emerged.

Of particular interest to GIA members will be the chapter on the history of Arts Wire, a program of the New York Foundation for the Arts, that went live in 1992, somewhat ahead of its constituency. A number of individuals affiliated with GIA guided and supported this effort, including Ted Berger, Jane Bello, Penny Dannenberg, Anne Focke, Gary O. Larson, Sarah Lutman, Rose Parisi, Bill Pratt, Randy Ross, and Shirley Sneve, among others.

In the final essay, cultural historian Gary O. Larson examines the role and position of nonprofit arts and culture in the increasingly commercial Internet environment, and makes a compelling case for increased attention and intervention by both the public and private cultural sectors.

Among the many fascinating tidbits in this volume is the story of the origin of email. In the beginning, email did not have a “reply” function. It was designed to simply send files. The improvement of adding the option for a user to answer a message (developed sequentially by Marty Yonke and John Vittal) came later and was a game changer.

The wonder of ANSWER is that it suddenly made replying to email easier. Rather than manually copying the addresses, the user could just type Answer and reply. Users at the time remember the creation of Answer as transforming — converting email from a system of receiving memos into a system for conversation.1

History does not record who invented the “reply all” function, and this is probably just as well.

Tommer Peterson was the publications director for Arts Wire, a program of New York Foundation for the Arts in the 1990s, and former deputy director of GIA.