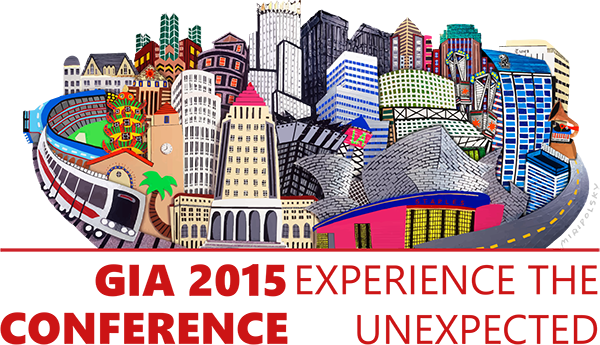 Submitted by Barry Hessenius on October 19, 2015

Once again I am covering the GIA Annual convening of the nation’s arts funding community as they gather in Los Angeles. Completely SOLD OUT, this conference is apparently the largest conference in the umbrella organization’s history. Congratulations!

There is a long list of issues that challenge those funding the arts. Two years ago I listed a Top Twenty of those issues, and having reread that post, I think all those issues are still on the table for public and private funders alike.

Today, there are two overarching areas that I believe are at the top of the collective agenda of arts funders — and that really dominate the national funder stage; two encompassing challenges that are inter-related.

The issue here is what can funders do to help keep arts organizations not only alive and functioning, but move them to some point of sustainability over a longer period of time. GIA’s own vaunted program of Capitalization seeks to address this challenge as it works toward helping arts organizations achieve enough capital reserves to facilitate and make possible longer term viability and financial health. As an issue, it’s not nearly as exciting as the role of arts in social justice, nor as poignant for the future as arts and aging, and arts in healing, nor as full of promising potential as placemaking and community engagement. But it is the most critical issue we face. Survival, and maybe even sustainability. It’s about money.

The guts issue is where to put limited arts funder money where it will do the most good (there isn’t enough funding available to solve the problem, so the question is how to maximize the positive impact of the funds that are available). The challenge to funders is how to move financially fragile arts organizations (and a wider fragile ecosystem) to one on more solid ground. The subtext is who will survive under the approach and who will not, because there isn’t enough money to save every organization, and because funders have different approaches and strategies.

Consider that since the early part of this century (say ten years ago, back to 2005) — because of the dot.com boom crash, the reprioritization of funding due to the terrorism concern, and the 2008 financial crisis and the resulting budget cuts due to decreased revenue — the arts have lost somewhere over a billion dollars in funding. While not an exact figure, it is likely in the range of the loss. That’s including the cuts to public funding (factoring in static federal funding, overall state decreases and cuts in some city and county programs, and increases in others), the cuts from private philanthropic foundations due to diminution in foundation stock portfolios and redirection of funds from the arts to other programs, and finally, decreases in overall individual donor giving due, in part, to increased competition from other worthy causes. And it’s assuming the economy had remained stable, and that arts funding would have continued at the level it had been for both public funding and private philanthropic giving and funding. A lot of assumptions, I know — some even questionable — but the point is that the arts took a big hit in funding over the decade, and more critical, took a bigger hit in what it ought to have had. And that loss has had profound impact on everything we do or wanted to do.

In California alone, for those ten years the CAC budget went from $32 million to $1 million. A $31 million per year loss x 10 years is a $300 million shortfall in state funding alone — in one state. While some California cities and counties may have picked up the slack early on, others were not in the same financial shape. Foundations stock portfolios suffered hits as well and major foundation budgets for arts funding decreased; perhaps in the aggregate $25 to $75 million over the period. And losses in donor support might have arguably reached another $25 to $50 million. That’s $400+ million in California alone.

So, let’s say the difference in what we might have had and what we had (across the country) is in the neighborhood of one billion dollars over ten years. That’s a lot of money. And that money would have made the difference in sustainability on so many levels.

And that lack of money is the fundamental issue we still face today.

Imagine what we could have done in terms of sustaining our field, and addressing inequities with that billion dollars, and think about what we have lost. While the economy is improving, and so are our fortunes, moving forward to try to capitalize our organizations and insure the survivability of as many of them as possible and the ecosystem as a whole is currently a daunting challenge and we simply do not yet have the wherewithal to make it right again.

So what do funders do? Where ought their priorities lie?

There is no one simple answer to that question. There are all different kinds of funders in our field, with a full range of priorities and constraints and different circumstances. Yet year by year funders are agreeing on some points and some approaches. I think that is encouraging. For example, for a long time arts funders focused on “projects” but did not include nor factor in the overhead costs of those projects. Now, increasingly, funders have embraced the notion that unrestricted operating costs are not only a valid funding approach, but that the strategy ought to be the defacto norm. Some may argue that it took too long to get to that realization, and that may well be true, but we’re essentially there now.

The second big issue is equity in funding and resource allocation in the face of demographic shifts and growth in the arts field including communities of color, and the legacy of funding large (or larger) white Euro-Centric cultural organizations, arguably now at the expense of all the rest of the arts community. Racism — or more specifically, the specter of structural racism and bias in favor of those that have for so long gotten the lion’s share of the pie, (and not prejudice per se) is the challenge. While there has been a measurable increase in programs trying to at least begin to address the disparity and inequality of funding and resource allocation, studies continue to confirm that the most money goes to the same small slice of established organizations that it has gone to for a long time. This is not an easy issue to deal with, and a lot of funders are struggling to protect and sustain what has been of value, and to simultaneously nurture and support that which has value but has for far too long been neglected and gotten the short end of the stick.

Funders are trying all kinds of approaches, and it’s too early yet to pass judgment on what might work and what won’t. But time is part of the problem, for delay in equity is denial of equity and the field must make some giant leaps to address the inequity issue. That extra billion dollars might have made this issue at least party academic.

It will be interesting — to me — to try to get a handle on where the funding people’s thinking is at this juncture on the financial picture and the equity equation. Most of the other issues we face are arguably offshoots of these two elephants in the room.

Every funder has different priorities and ranks differently the challenges out there. There are geographic territories where the equity issue isn’t as front burner as it is elsewhere; there are communities where survivability is still manageable, relatively speaking, and communities where the available resources are increasingly obviously inadequate to do much of anything about those organizations that are living still on borrowed time. No one segment of any field agrees on everything, including the nonprofit arts sector. But over the last five years, there has been remarkable consensus on what is critical, and even on some of the nuts and bolts of how to approach these issues.

More over the next three days.

Have a good week.