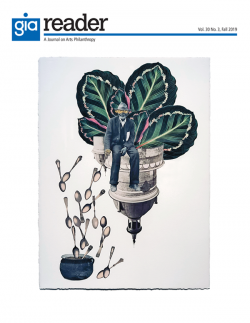 Theres still a 7-eleven on almost every corner

The tumbleweeds rustle unbothered, and Denver is still the Wild West

my hair breaks in protest

Before Kerouac lost his mind walking the length of colfax

Before the KKK march on larimer

Before baby doe and wyatt earp

Before the sand creek massacre

Fought to keep the sweetgrass wild beneath his people’s feet

being churned into currency

There’s no difference between gentrification and the gold rush

Whoever said Denver had no ghettos

Denver can play the part of adoptive mother so well

That we forget who she first gave birth to

under the chipping paint of our historic homes

turns into a house with “character”

Is delighting in Spanish street names

While driving out the paletta carts to keep property value

About a ‘hood with trendy ethnic restaurants

Cannot connect you to a land you don’t know

You have to dig your fingers in the earth for that

In the last five years my city has swallowed up anyone with enough money for a ski pass, dispensary membership and the dream

Tell me the difference between displacement and disappearing

When did we let community become optional in the face of the American Dream?

Does anyone remember when property tax didn’t cost a whole spirit?

Does your tia still live in her old house?

Is there a bike path where your ancestors used to pray?

Do you remember seeing faces like yours in your neighborhood?

Do you have hope that you will again?

As the North side

In the knowing of each other

And the sharing of soul

We make a home

Copyright © 2019 Toluwanimi Obiwole. Commissioned by Grantmakers in the Arts for this issue of the Reader.

Toluwanimi Obiwole is a Nigerian-born, Colorado-raised poet, performer, and workshop facilitator based in Denver. She is a Brave New Voices international slam champion, a city slam champion, and author of an upcoming chapbook. She has been a member of the Denver Minor Disturbance youth poetry team. In 2015, she was announced as Denver’s first Youth Poet Laureate, and in 2016, she became co-executive director of Slam Nuba.