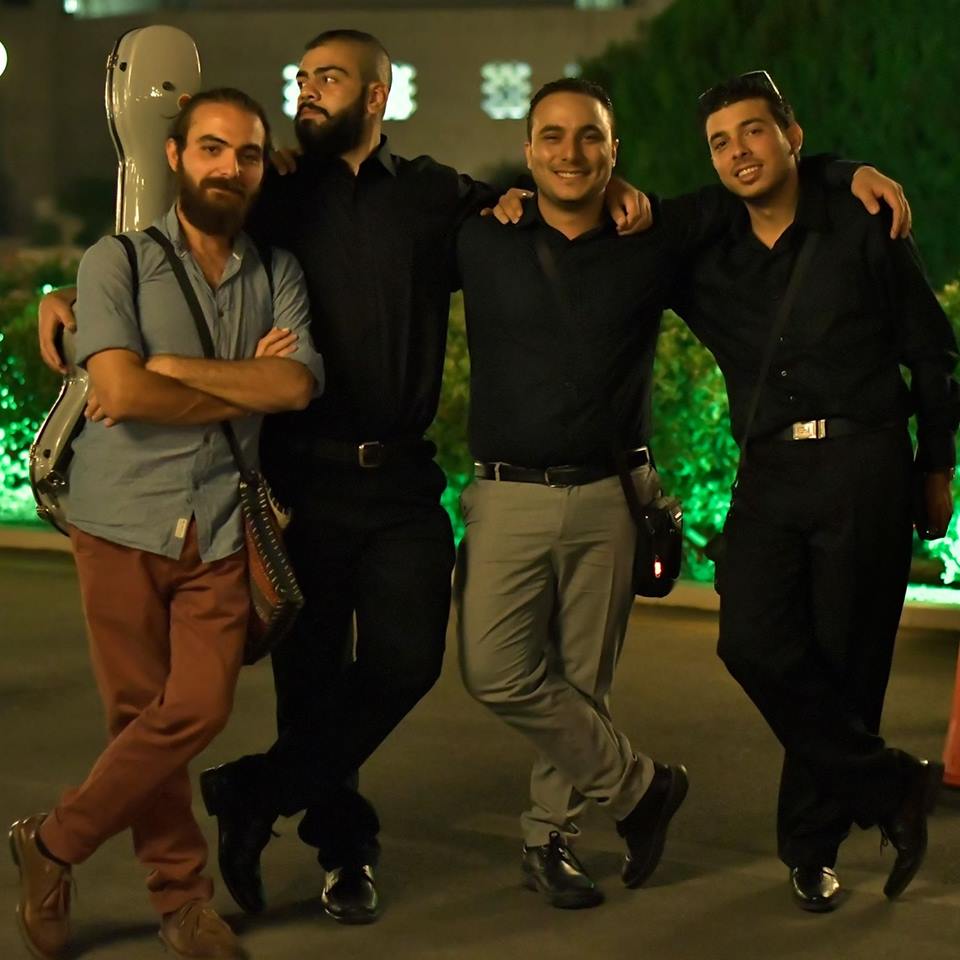 The Orontes Guitar Quartet are the first group to be brought together in a safe country, in this case, Canada, by the Artist Protection Fund (APF), the New York-based program that supports threatened artists around the world, reported The Globe and Mail.

The APF is a three-year pilot program at the Institute of International Education, funded by the Andrew W. Mellon Foundation, that makes fellowship grants to threatened artists and places them at host universities and arts centers in safe countries where they can continue their work, states the program's website.

Alison Russo, APF executive director, told The Globe and Mail: “You can imagine how hard it is to bring one artist to a host institution; this was times four. So we were really down to the wire. And it was deeply gratifying when they were all allowed visas.”

The Orontes Guitar Quartet's story is inspiring. One of its members, Nazir Salameh’s right arm, the one he played guitar with, had been hit by a bomb. The article explains that despite the severity of his injury, Salameh was able to play guitar again. That eventually brought him to the University of Victoria along with the three other members of the quartet: Gaby Al-Botros, Mohammed Mir Mahmoud, and Orwa Al-Shara’a.

Read here the article to learn about the quartet's journey and the APF's work.