In One Year, the Arts Contributed Billions of Dollars to US Economy 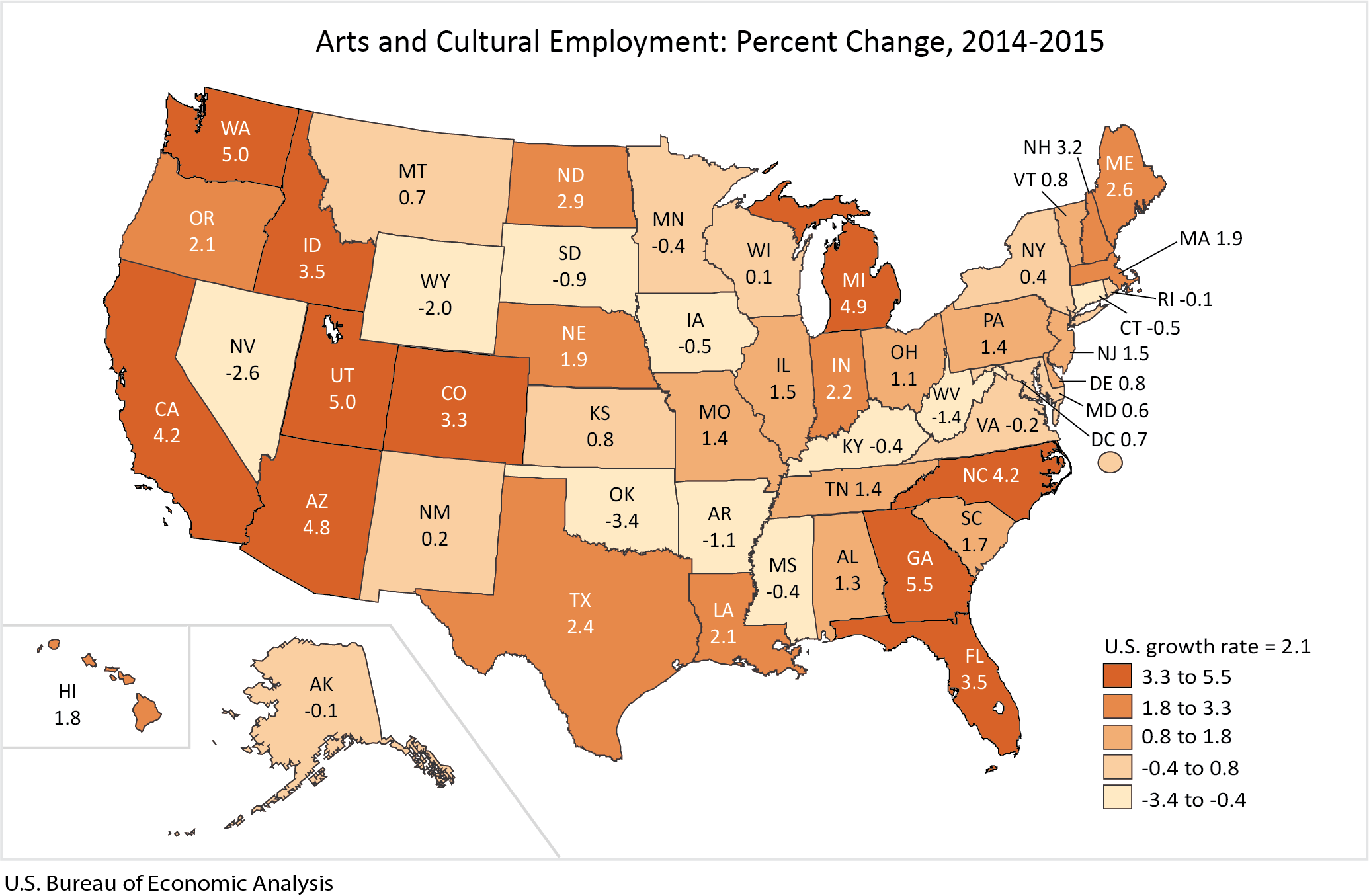 Arts are a key part of our emotional and intellectual life, and they also play a significant role in our economy. A recent report from the Bureau of Economic Analysis (BEA), with support from the National Endowment of the Arts (NEA), found that arts and cultural economic activity in the United States contributed $763.6 billion, in one year.

An article in Hyperallergic explains, however, that economic studies of the arts do not come without critique. Some worry research that too strongly links the arts to economic impact diminishes other positive values and could give lawmakers an excuse to stop funding arts initiatives without obvious monetary value:

In spite of these concerns, economic estimates are now seen as a necessity for sectors that receive public funding. “If this stuff doesn’t get measured, it’s going to get forgotten,” said Daniel Fujiwara, an economist at Simetrica, which is often commissioned to estimate the value of arts and culture. “If you’re not doing that in the arts, you’re going to lose out on public funding decisions.”

Even though data are not all encompassing, without that measurement, the case for federally supported funding might be weaker. “We can’t hope to measure the total value of the arts, because there are just so many dimensions,” said Sumil Iygengar, research and analysis director at the NEA to Hyperallergic, on the limits to what economics show about the state of the arts. But, as he acknowledges, “This is one way of knowing.”

Image: Map from the Arts and Cultural Production Satellite Account (ACPSA) by the U.S. Department of Commerce's Bureau of Economic Analysis