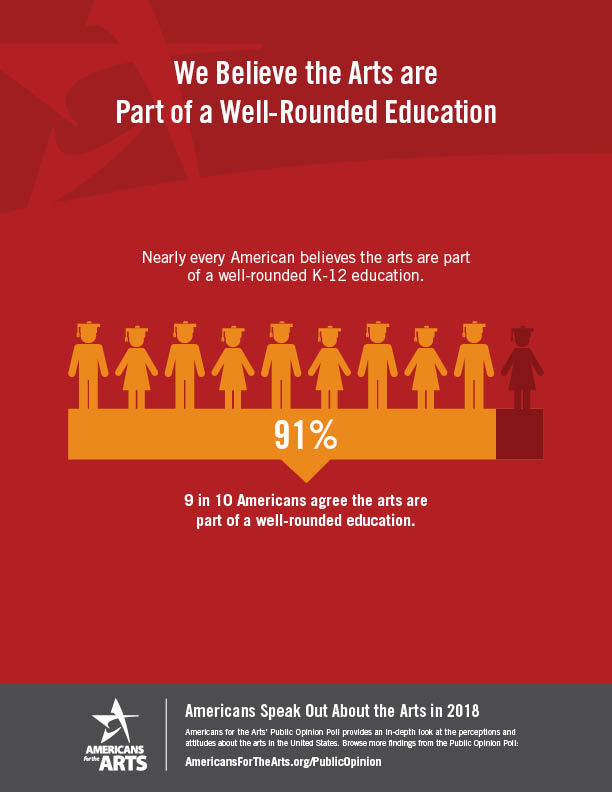 Americans continue to be highly engaged in the arts and believe the arts promote personal well-being, that they help us understand other cultures, that they are essential to a well-rounded education, and that government has an important role in funding the arts, according to Americans Speak Out About the Arts in 2018, a research Americans for the Arts recently released.

A national sample of 3,023 adults were polled online by Ipsos in May 2018 to explore their perceptions and attitudes towards the arts and arts funding, according to the press release.

Some of the poll's key findings are:

Image: Americans for the Arts