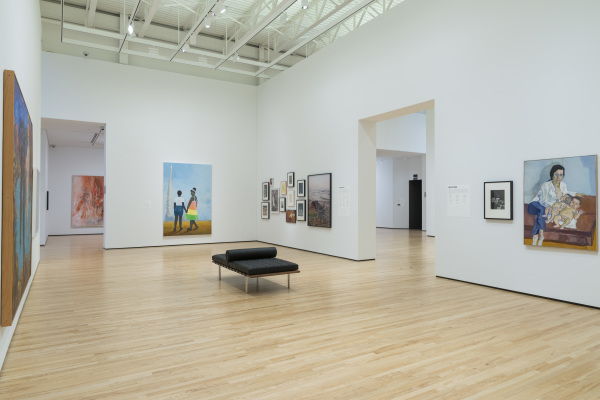 The Baltimore Museum of Art (BMA) recently announced "2020 Vision," a year of exhibitions and programs dedicated to female-identifying artists. The show also marks the 100th anniversary of women’s suffrage, and according to the announcement, the initiative will encompass 13 solo exhibitions and seven thematic shows beginning in fall 2019, with additional presentations still being planned.

"The goal for this effort is to rebalance the scales and to acknowledge the ways in which women’s contributions still do not receive the scholarly examination, dialogue, and public acclaim that they deserve,” said Christopher Bedford, the museum director.

In 2018, as artnet reported, the museum would be selling off seven works from its collection by white artists including Andy Warhol and Robert Rauschenberg "to create a 'war chest' to fund future acquisitions of cutting-edge contemporary art, specifically by women and artists of color."

"2020 Vision," explains the press release, is part of the BMA’s ongoing implementation of its broader vision "to address race and gender diversity gaps within the museum field, and to represent more fully and deeply the spectrum of individuals that have shaped the trajectory of art." The announcement adds:

Highlights include a large-scale transformative commission by Mickalene Thomas, a major monographic survey of Joan Mitchell’s career, an exploration of Candice Breitz’s video works, and the reinstallation of several of the museum’s galleries to emphasize the depth and diversity of women’s artistry through time. These presentations will be supported by a wide range of public and scholarly programs that will foster dialogue on women’s contributions to art history and the development of many of the artistic institutions that we know today.