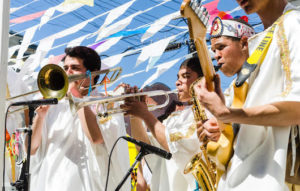 Last year, six of the Walter & Elise Haas Fund’s arts grantees merged or were acquired, as Frances Phillips, program director of the Arts & the Creative Work Fund at the Walter & Elise Haas Fund, writes in a blog post. Phillips interviewed staff and board members at each of these organizations to learn what shaped their decisions and to ask what advice they have to offer others.

"The ultimate success of these partnerships will be clearer in two years," Phillips states, "but final reports received one year in suggest that grantees’ thoughtful groundwork paid off and programs are going well."

In order to address these mergers and find a clear path, Phillips shares some advice for funders willing to help: